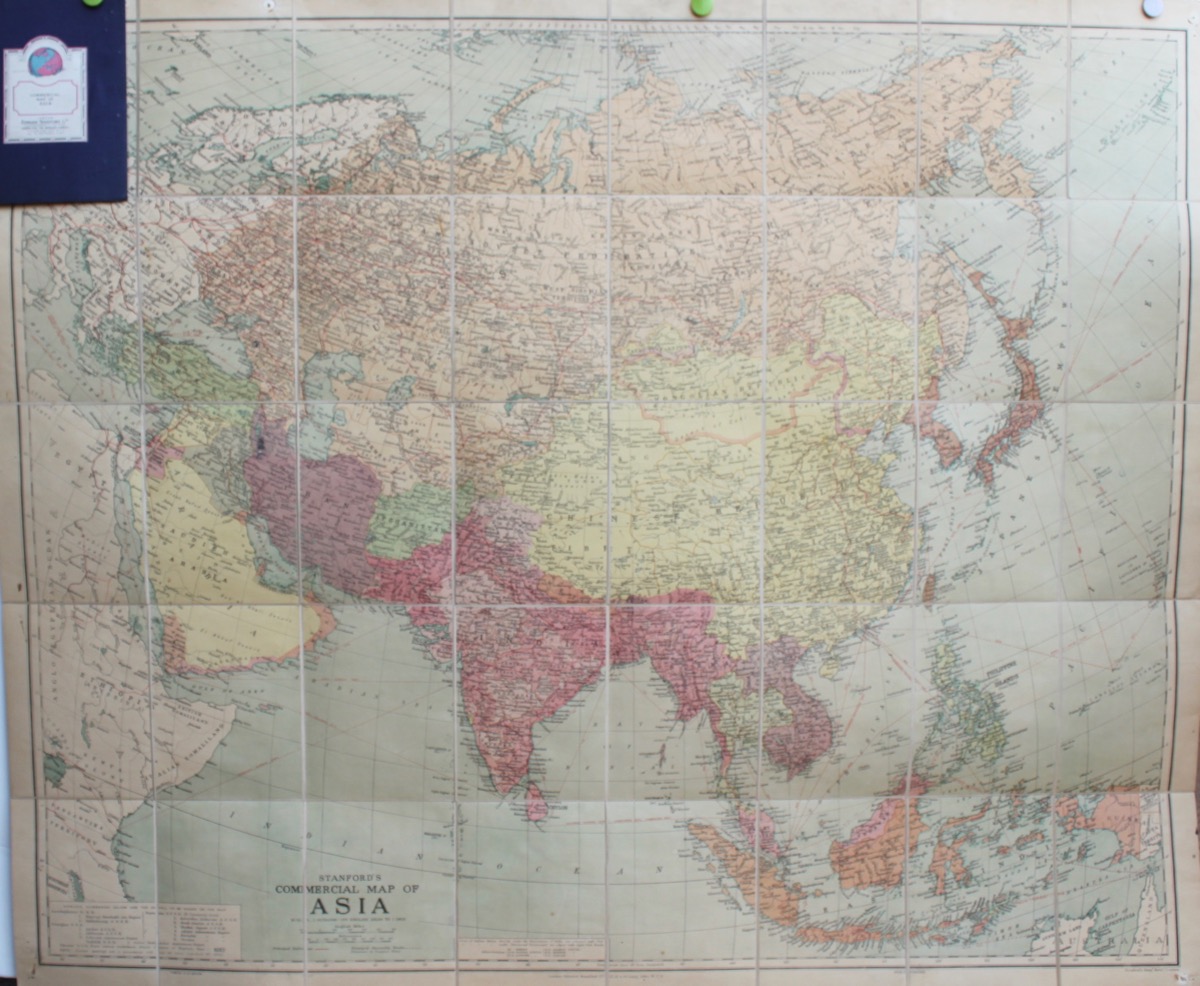 Large coloured map, mounted on linen, 1000 x 1235 mm. A little overall browning and old pin holes to the corners where it has been used as a wall map, folded into cloth covers, printed label. Seemingly the first issue of this map which was re-issued with amendments up to at least 1949.