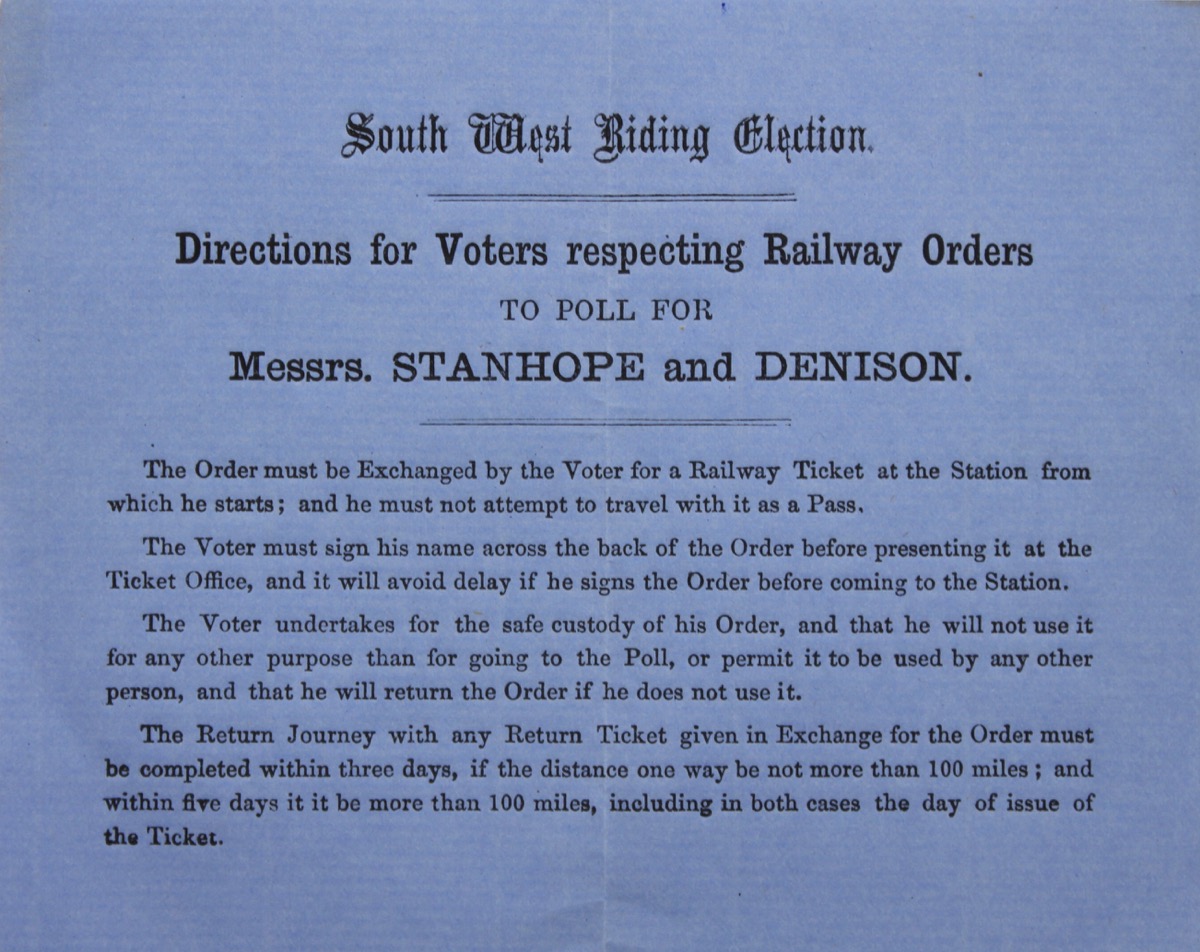 105 x 135 mm. on blue paper. A travel order, to be exchanged for a railway ticket in order to travel to the polling station to vote for Walter Spencer-Stanhope and Christopher Denison, Conservative candidates in the 1865 General Election for the newly created seat of South West Riding [of Yorkshire] in which they were defeated. Spencer-Stanhope stood again, and was again defeated in the General Election of 1868, but won the by-election of 1872 and held his seat in 1874, losing it again in 1880.