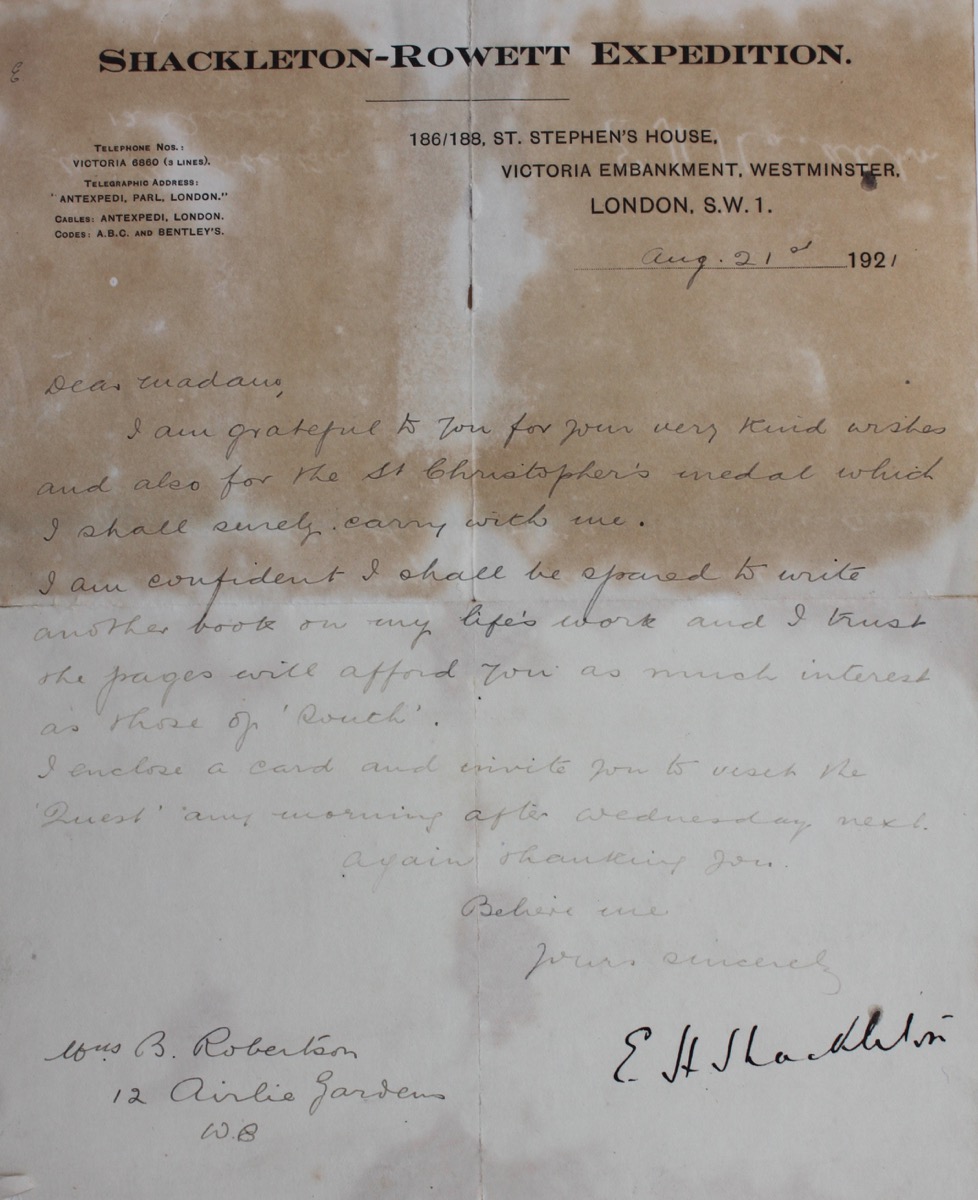 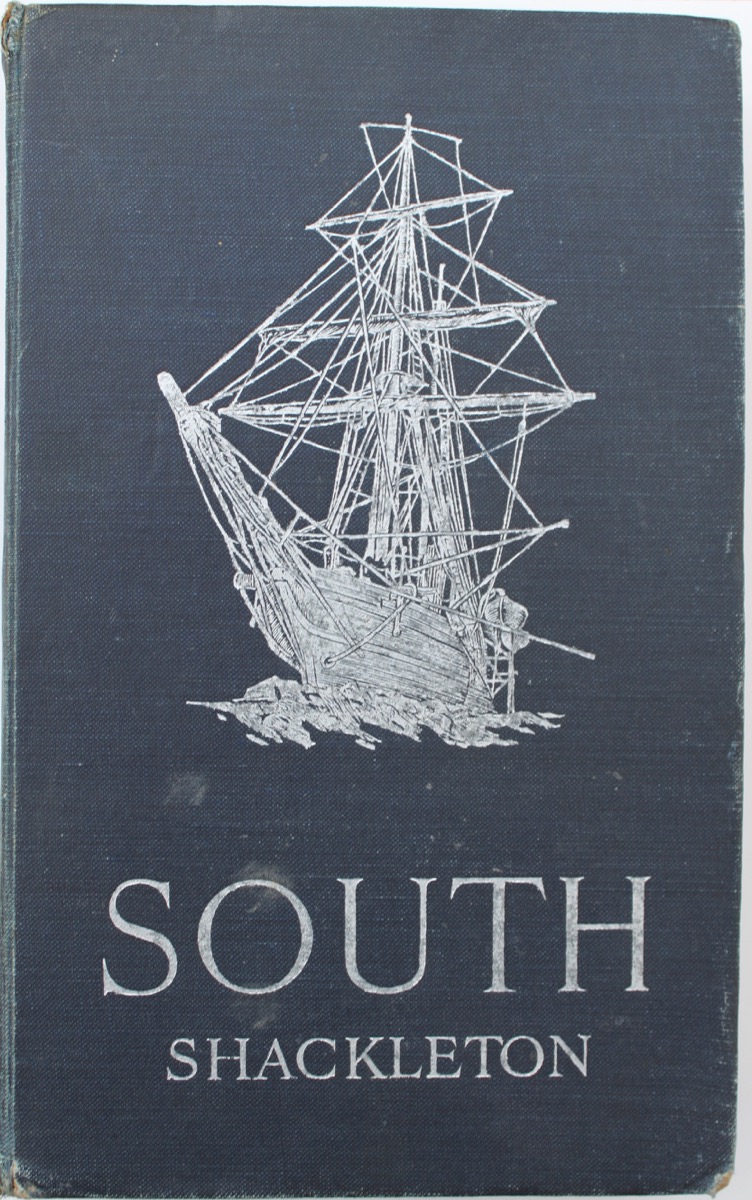 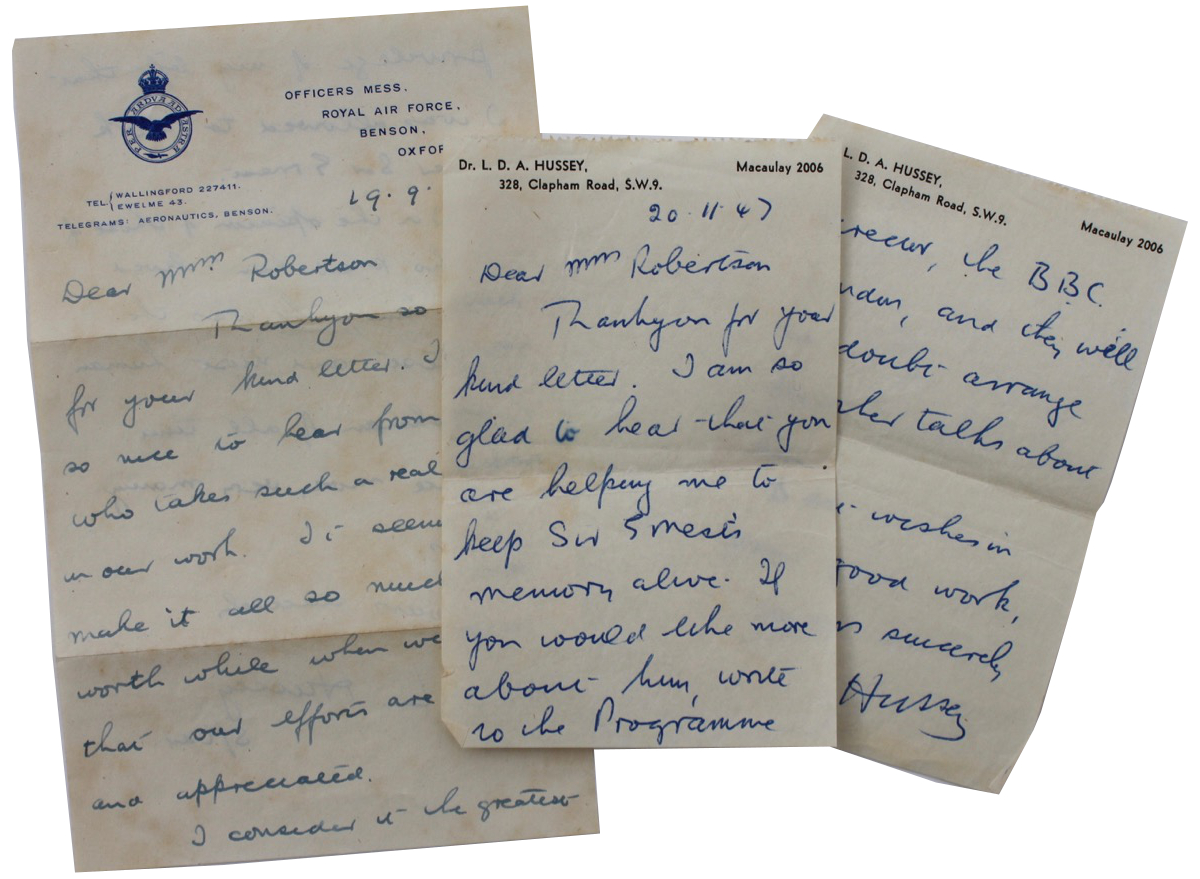 New impression. Tall 8vo. pp. xxi, 376; colour frontispiece, black and white plates, maps, folding map (torn). Original cloth a little worn and shaken. Together with an autograph letter signed by Shackleton and two letters by Leonard Hussey. The three letters are addressed to a Mrs. Robertson of Hayling Island. Shackleton's letter is mounted onto the front pastedown and is hand-written on the Shackleton-Rowett Expedition headed letter paper. The letter reads “Dear Madam, I am grateful to you for your very kind wishes and also for the St. Christopher's medal which I shall surely carry with me. I am confident I shall be spared to write another book on my life's work and I trust the pages will afford you as much interest as those of 'South'. I enclose a card and invite you to visit the 'Quest' any morning after Wednesday next. Again thank you. Believe me yours sincerely, E.H. Shackleton.” The letter is dated 21st. August 1921, three weeks before Shackleton left on the Quest for his last expedition. He suffered a heart attack on board and died on the 5th. January 1922. Leonard Hussey, who was the meteorologist on the expedition and who was responsible for accompanying Shackleton's body to its burial in the Norwegian cemetery on South Georgia, wrote two letters to Mrs. Robertson. The first, dated 19.9.43 reads “Dear Mrs. Robertson, Thank you so much for your kind letter. It was so nice to hear from one who takes such a real interest in our work. It seems to make it all so much more worth while when we know that our efforts are understood and appreciated. I consider it the greatest privilege of my life that I was allowed to work under Sir Ernest. In the opinion of those who knew him and lived with him he was the greatest and most human Englishman of all time. Once more very many thanks. Yours sincerely, L. Hussey.” The second letter, dated 20.11.47 reads “Dear Mrs. Robertson, Thank you for your kind letter. I am so glad to hear that you are helping me to keep Sir Ernest's memory alive. If you would like more about him, write to the Programme Director, the BBC. London, and they will no doubt arrange further talks about him. Best wishes in your good work, yours sincerely. L.Hussey.”