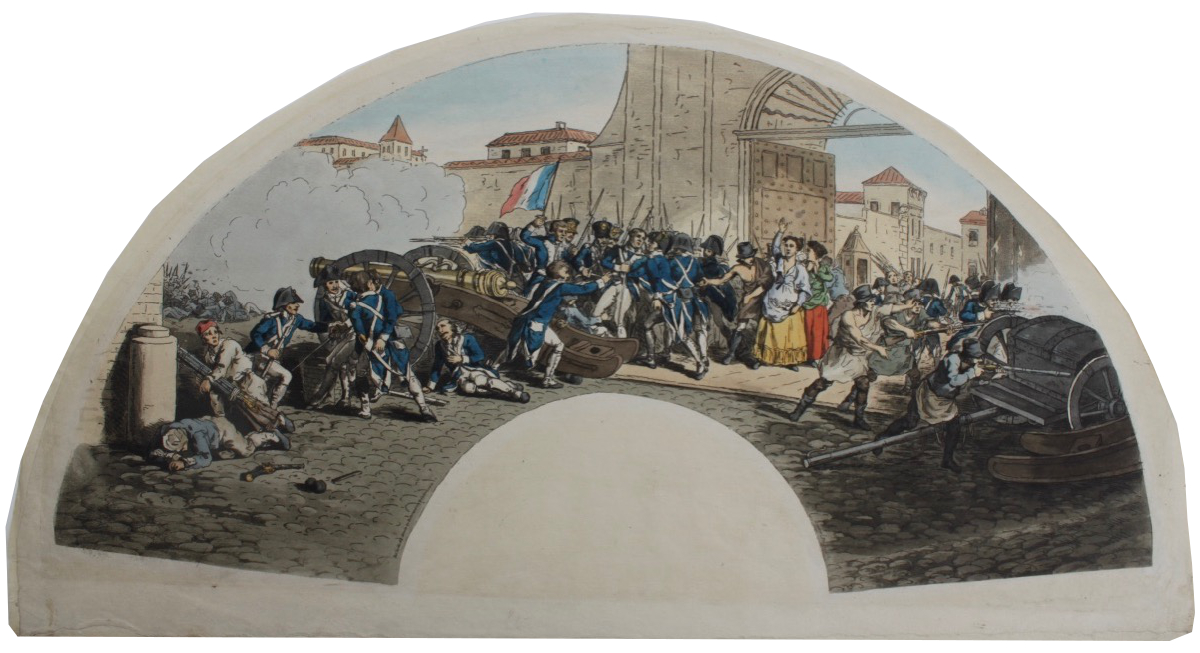 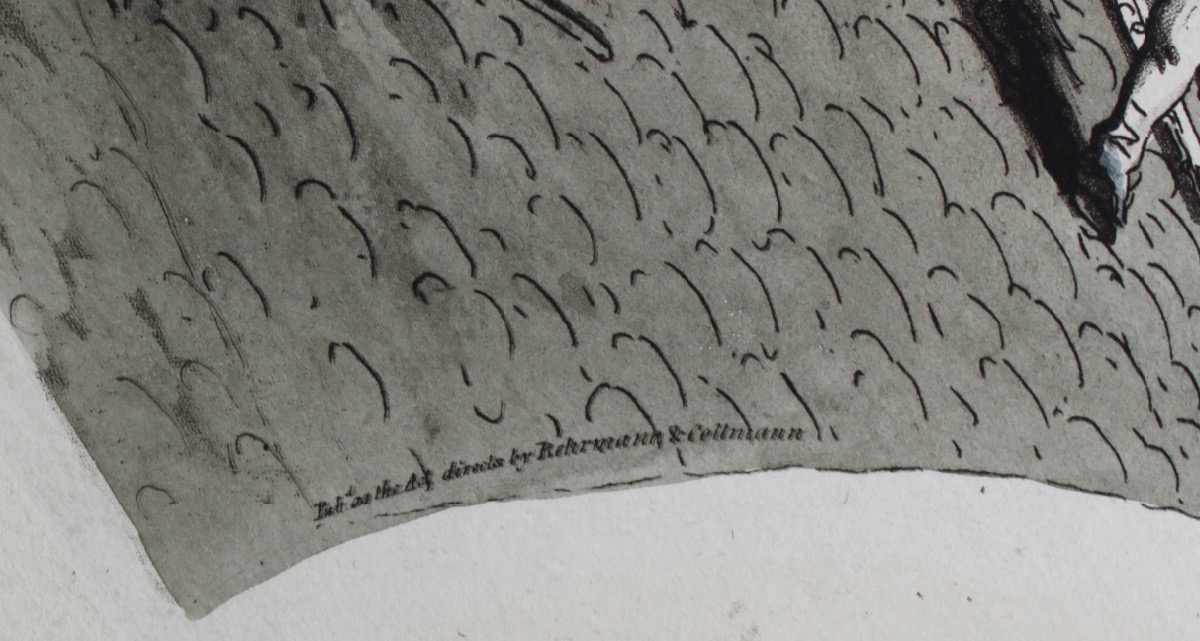 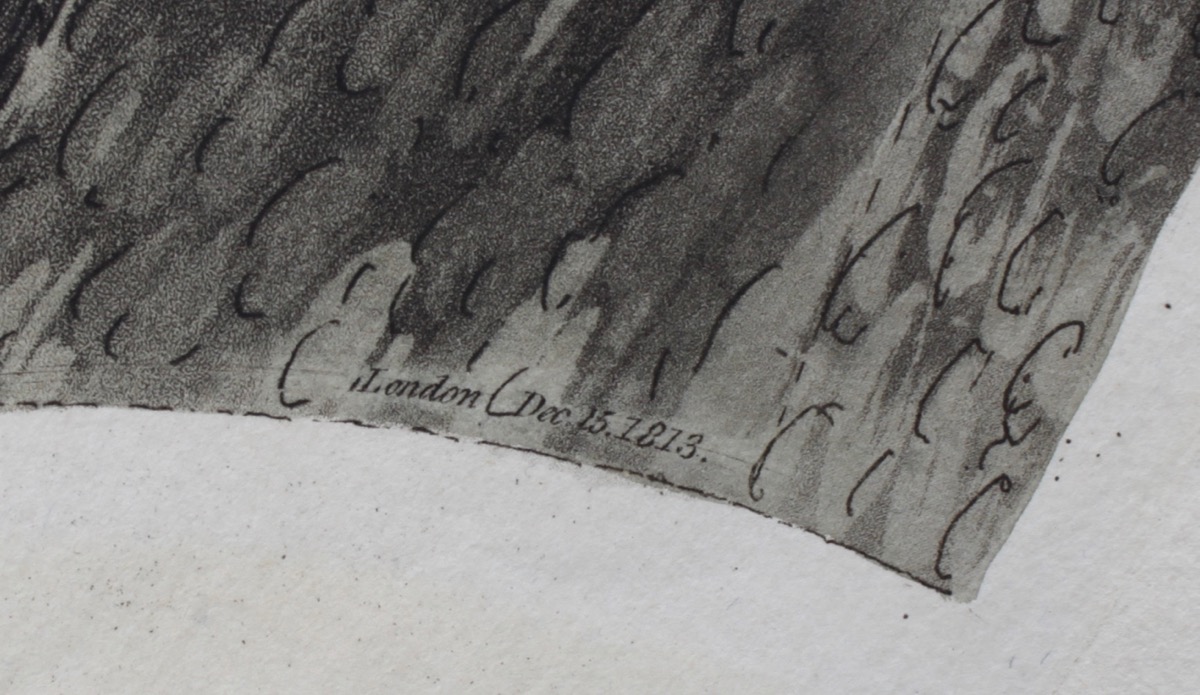 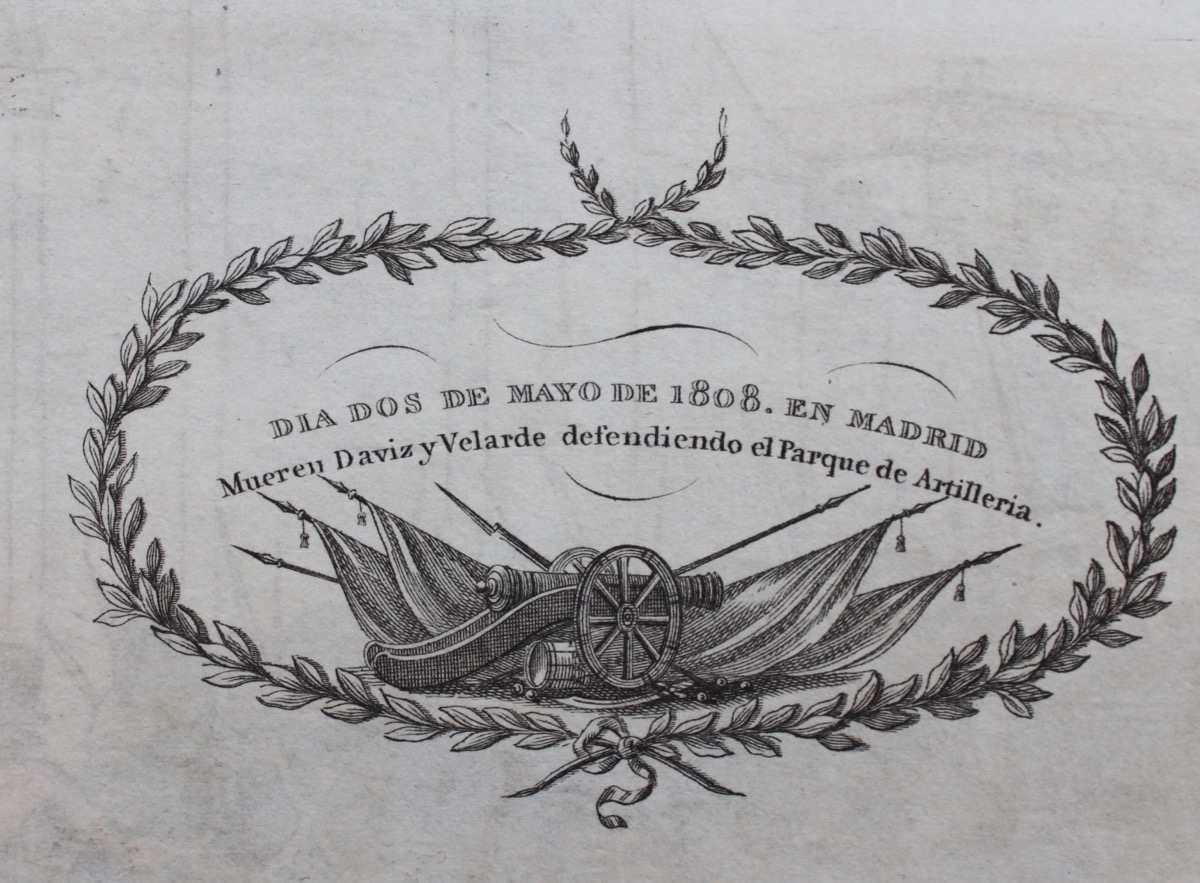 Hand coloured fan-shaped aquatint, 275 x 525 mm. Verso carries the printed title. Fine. This design celebrates the uprising on the 2nd May, 1808 of the Spanish in Madrid against the occupation of the French; hundreds of poorly armed Spaniards were crushed and killed by the Imperial troops. Several Spanish officers who joined the revolt were declared heroes and the date is celebrated as a public holiday in the Community of Madrid.