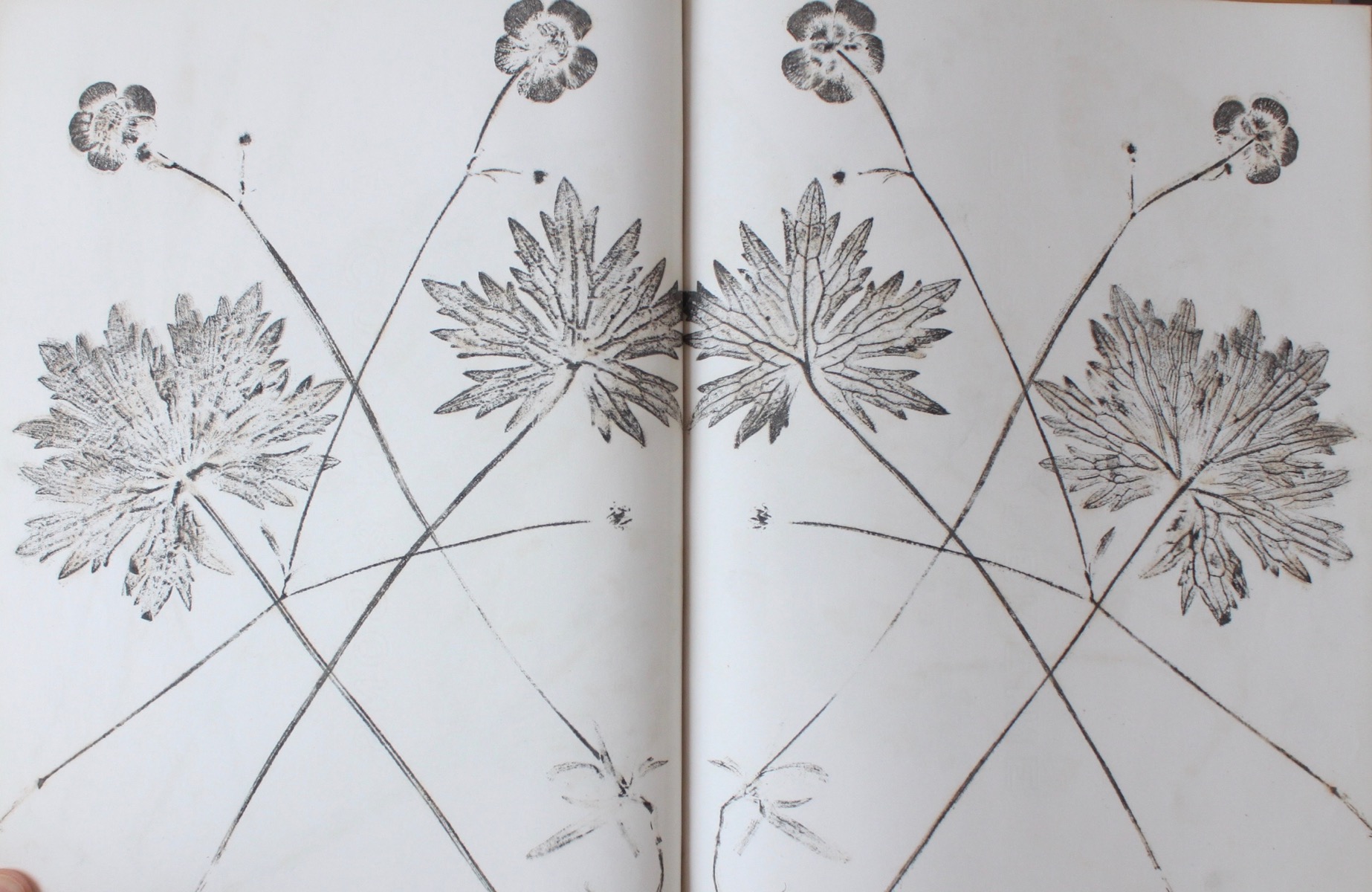 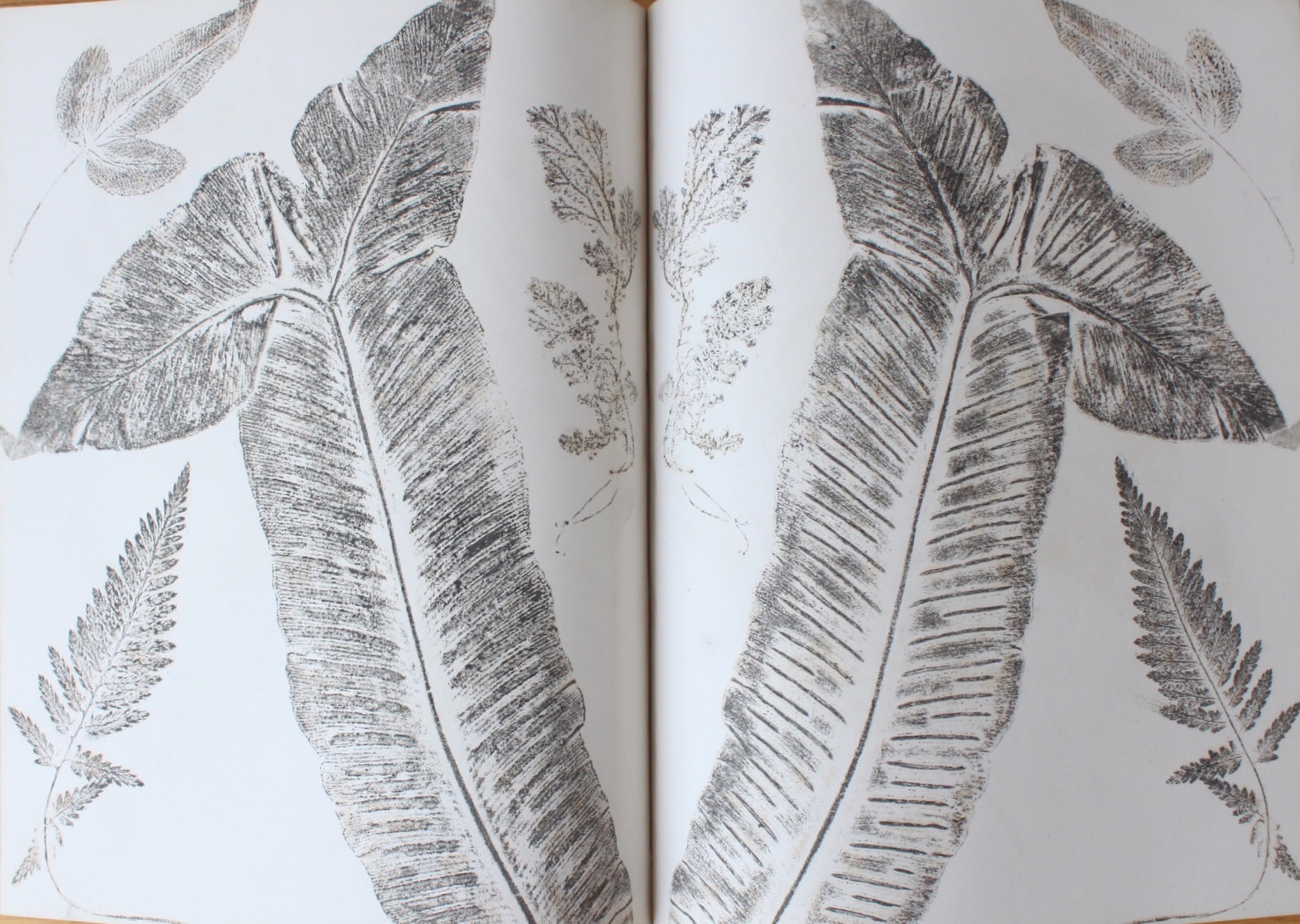 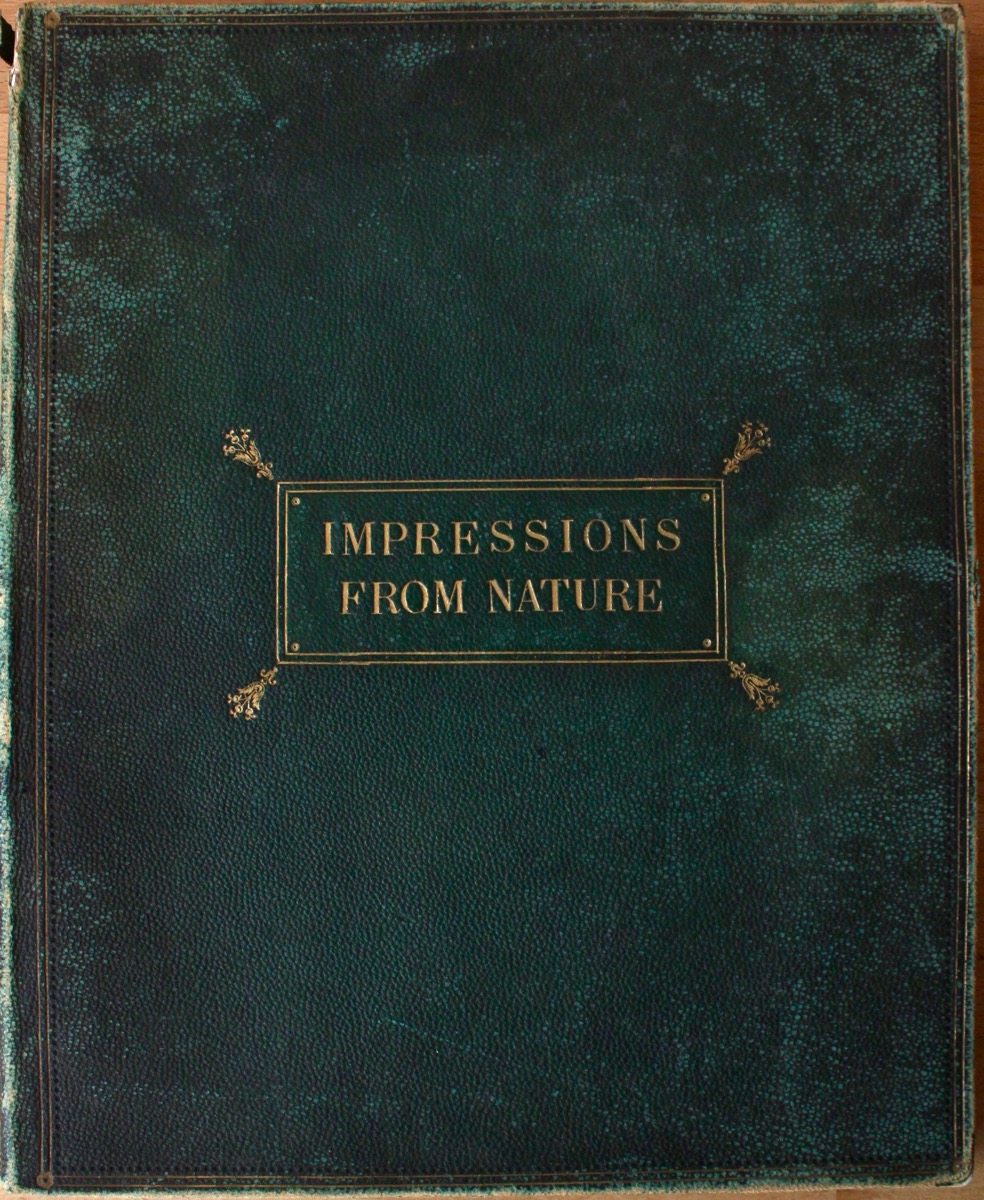 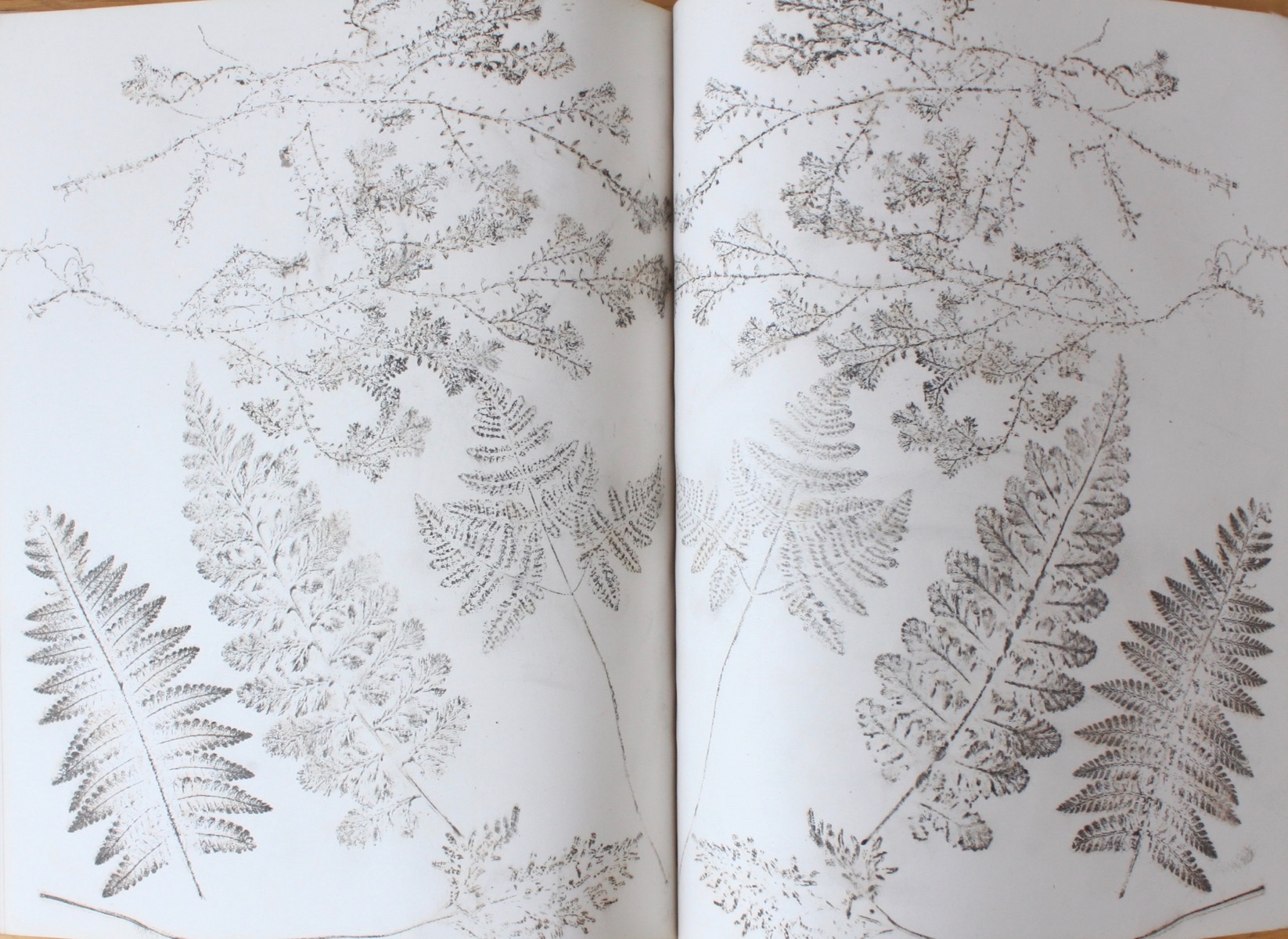 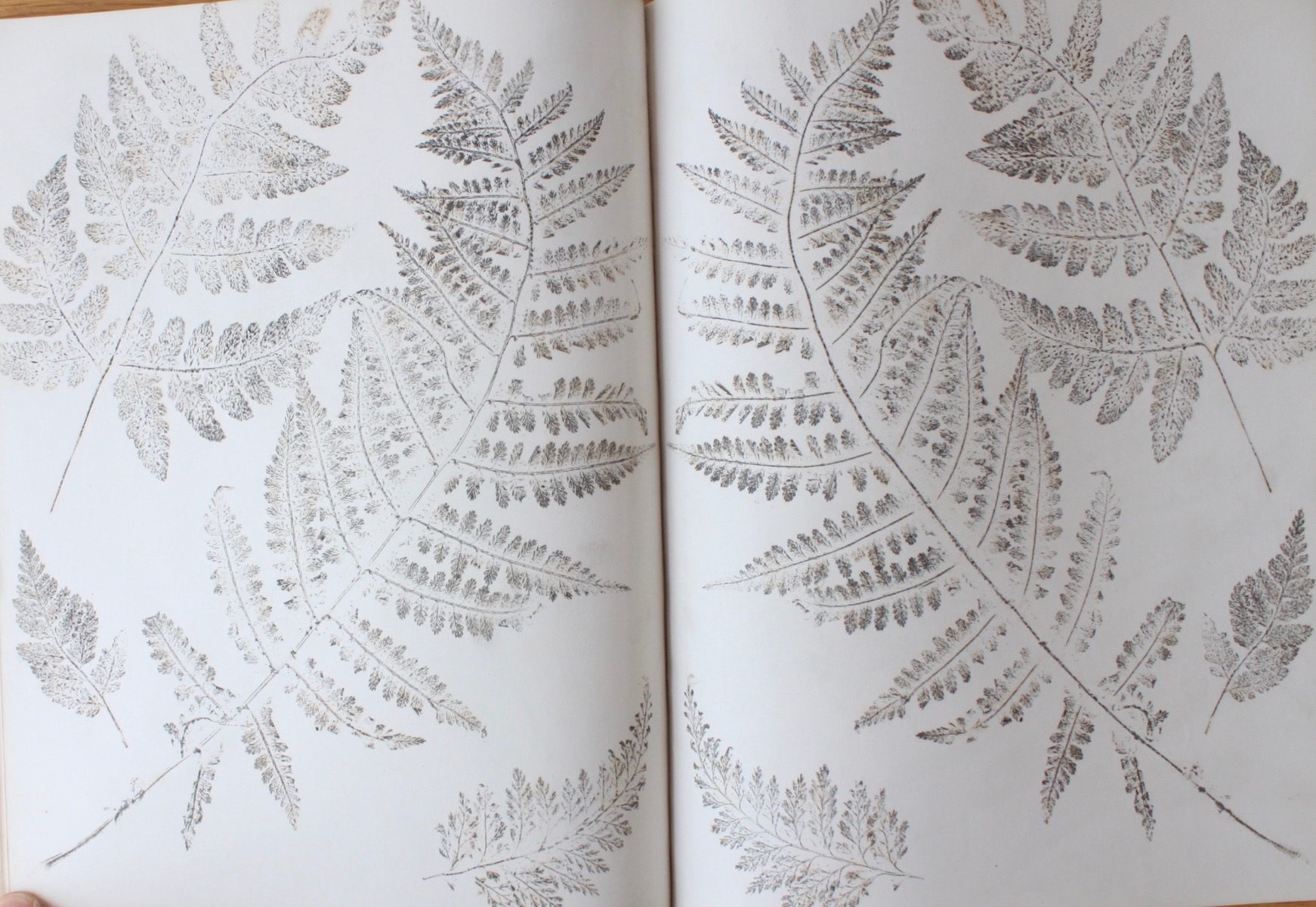 4to. 247 x 200 mm. pp. 1 single sided; 48 double sided prints. Printed in black or grey on A. Cowan & Sons, Extra Superfine [watermarked] and bound in contemporary pebble grained calf, worn at the head of the spine, all edges gilt, bearing the ticket of James McKenzie, Bookseller, of Glasgow. Obviously a treasured collection, specially bound in what would have been an expensive binding at the time, the front cover having the title embossed in gilt within a double ruled border with decorative corner pieces. The art of nature printing originates in the 13th Century but it seems to have been the 1850s which saw a serious interest in England and Scotland with the work of William Aitken, Ferguson Branson and Thomas Moore. They all used a mechanical process to impress an image on lead or zinc, subsequently electroplating a printing plate on copper. However nature printing, in its simplest form, was easy to master and was also adopted enthusiastically by amateurs who would use the technique for collecting and recording plants, seaweeds and even moths and butterflies. The simple inking of a specimen, laying it onto paper, or between two sheets, and pressed with weights or a roller would produce an accurate and pleasing image to satisfy naturalists and artists. Although from different sources, our two examples have a remarkable similarity which marks them out from most commercially produced volumes; they are both printed double sided, i.e. the specimens are inked both sides and pressed with a sheet of paper top and bottom to give a ‘not-quite’ mirror image. They also differ too. The smaller, and presumed earlier example is more akin to art, with multiple specimens arranged on a single sheet, with no intent to show individual species. The larger, and later example is more purposefully set out, individual specimens to a single page with a particularly striking green ink used in the process. It is likely that in both cases only a single example, or at least a very few, were produced. The volumes have both been bound up from individual sheets, showing the images face to face as they were printed.