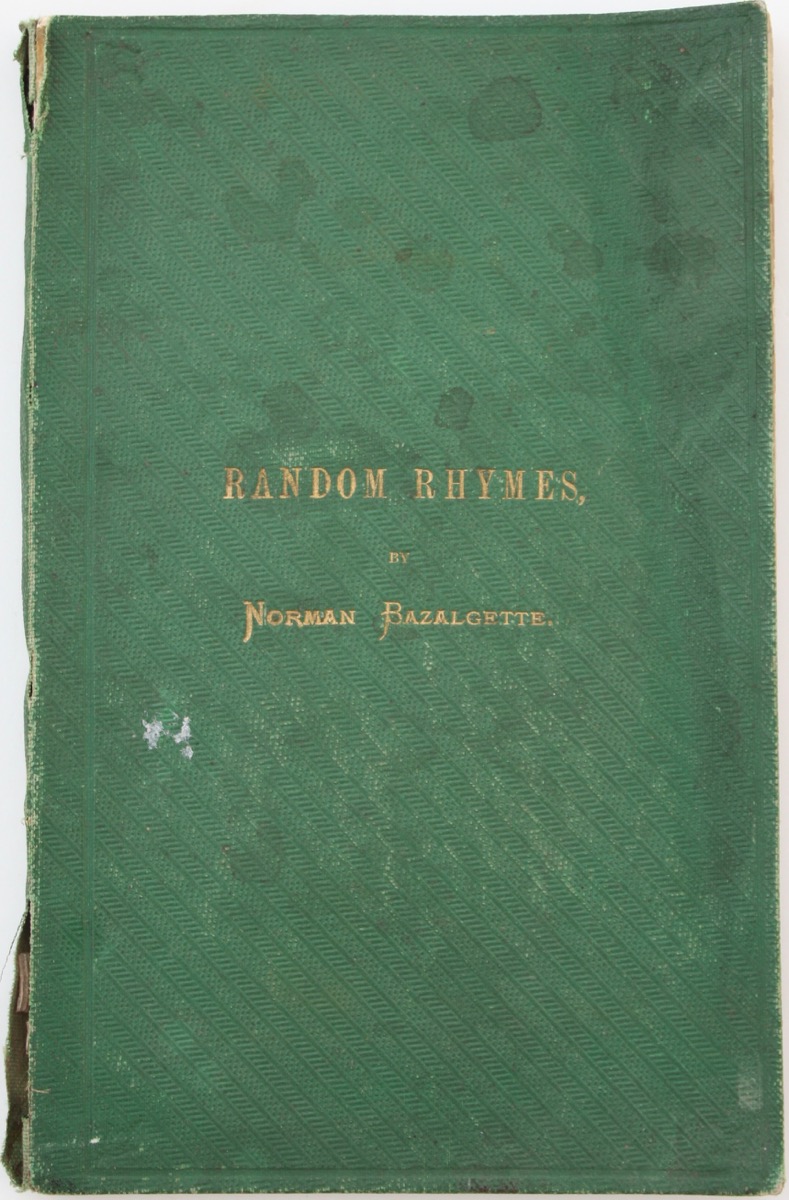 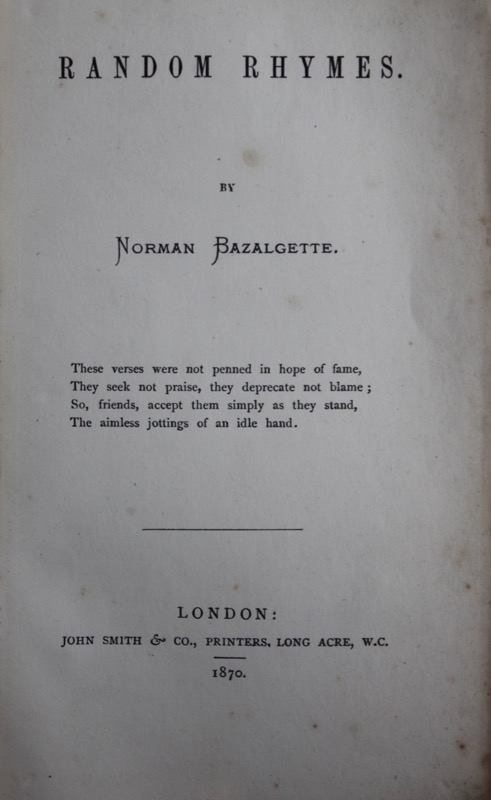 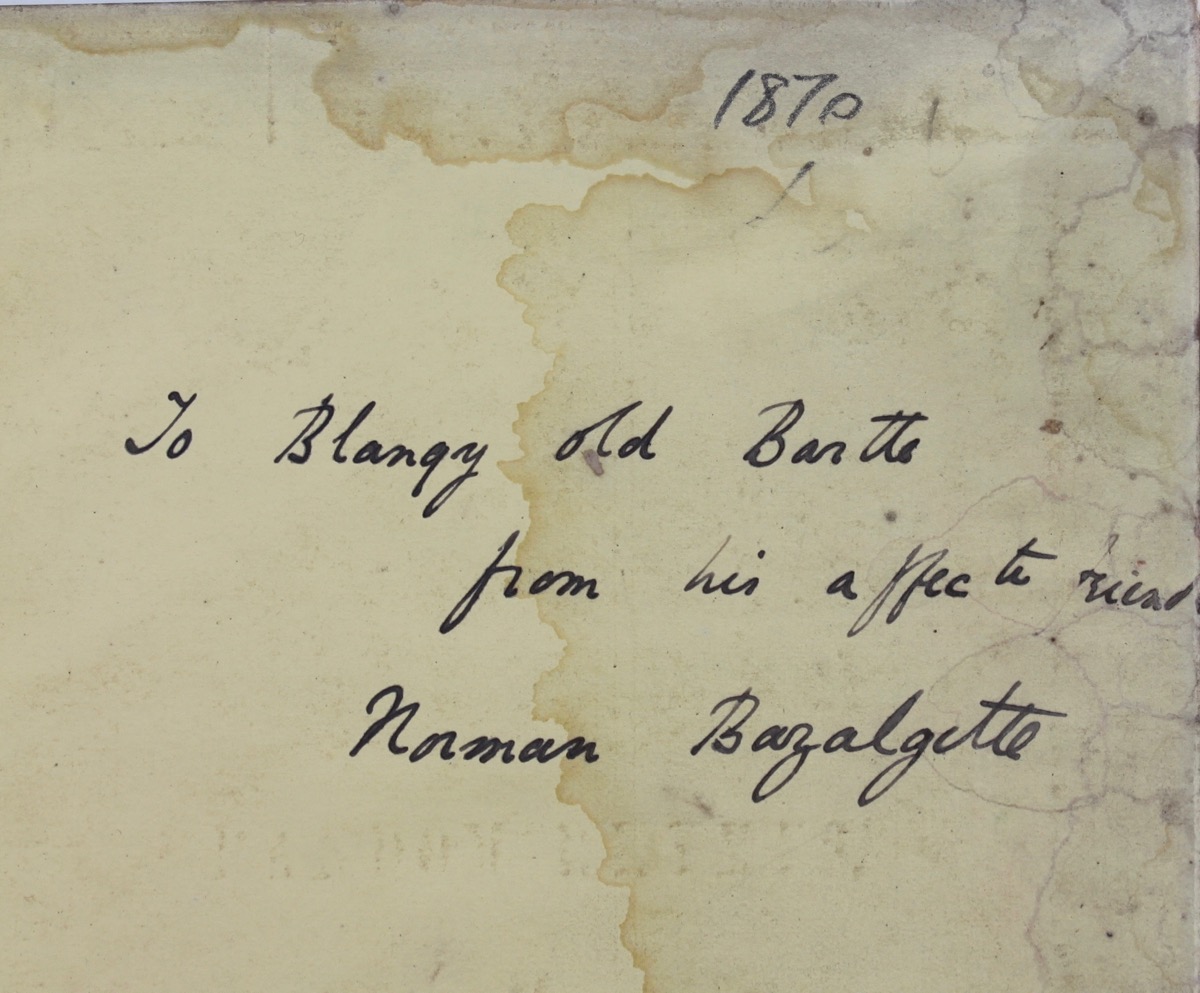 8vo. pp. [4], 67. Original cloth a little soiled and split on the spine, endpapers a little stained. Inscribed presentation copy “To Blangy old Bartle, from his affectionate friend Norman Bazalgette.” Charles Norman Bazalgette was the second son of Sir Joseph Bazalgette, he was a barrister much engaged with the advancement of Wimbledon but also with Local Government enquiries regarding sewerage schemes on the lower Thames. He was the author of various fascinating works including "Local and Municipal Government" and "The Law relating to County Councils". He also wrote a valuable article on abattoirs for the Encyclopaedia Britannica. He died at the very young age of 41; a newspaper obituary is tipped into the front cover. The poems are pretty typical verses by a Victorian Oxford undergraduate where he was studying the law. Scarce. Worldcat lists the British Library as the only U.K. location; it can also be found in a smattering of U.S. institutions.