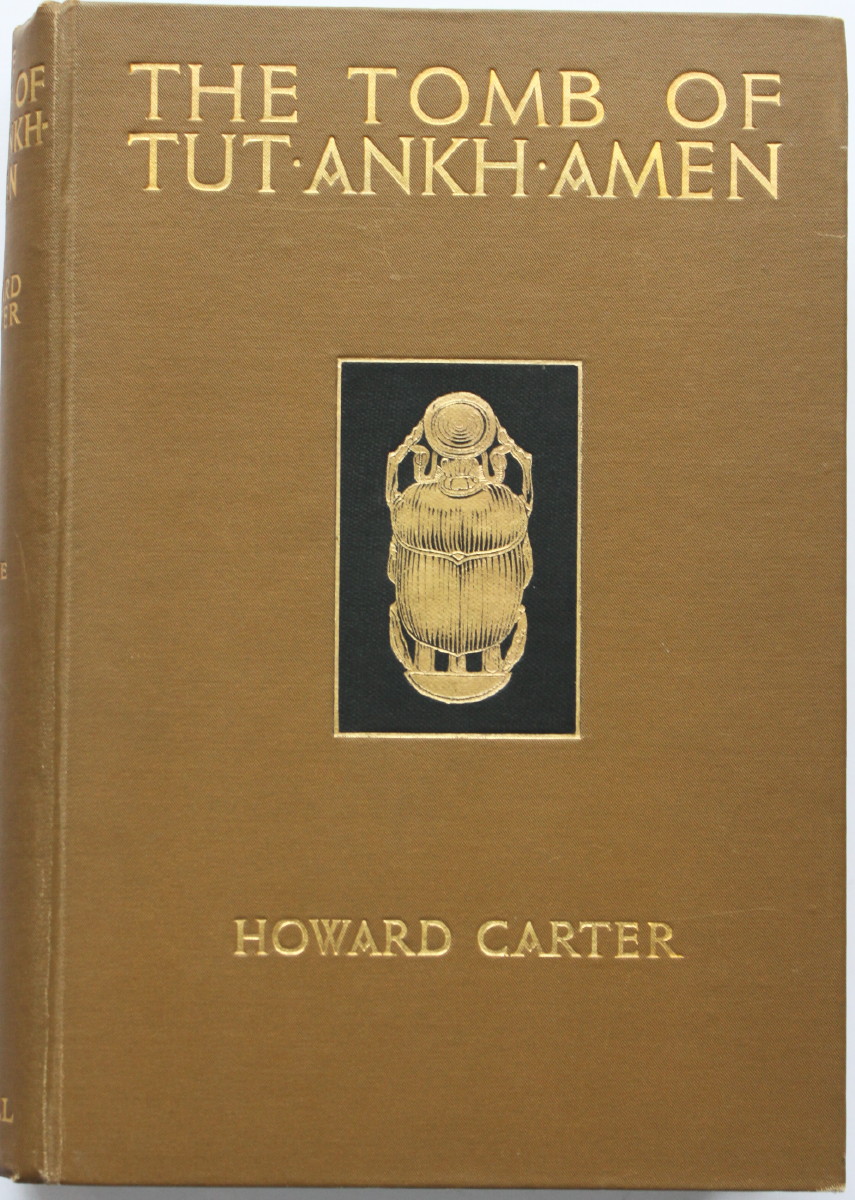 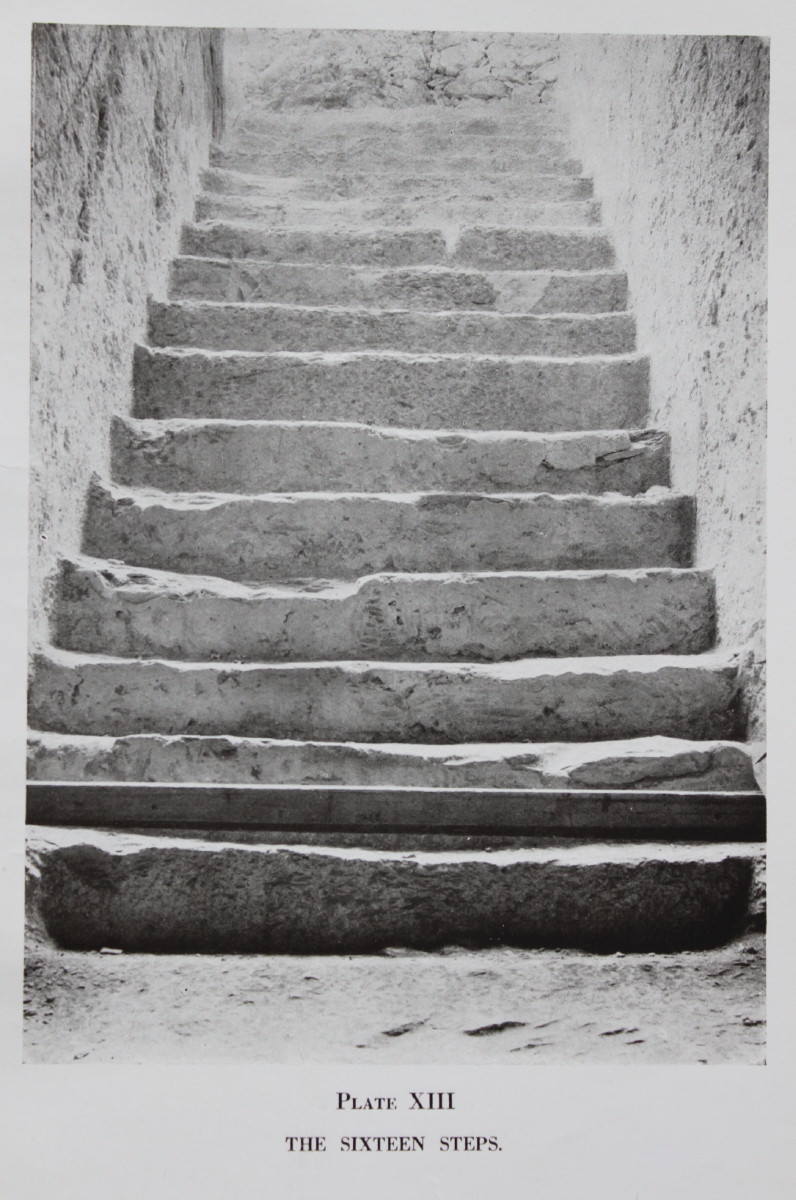 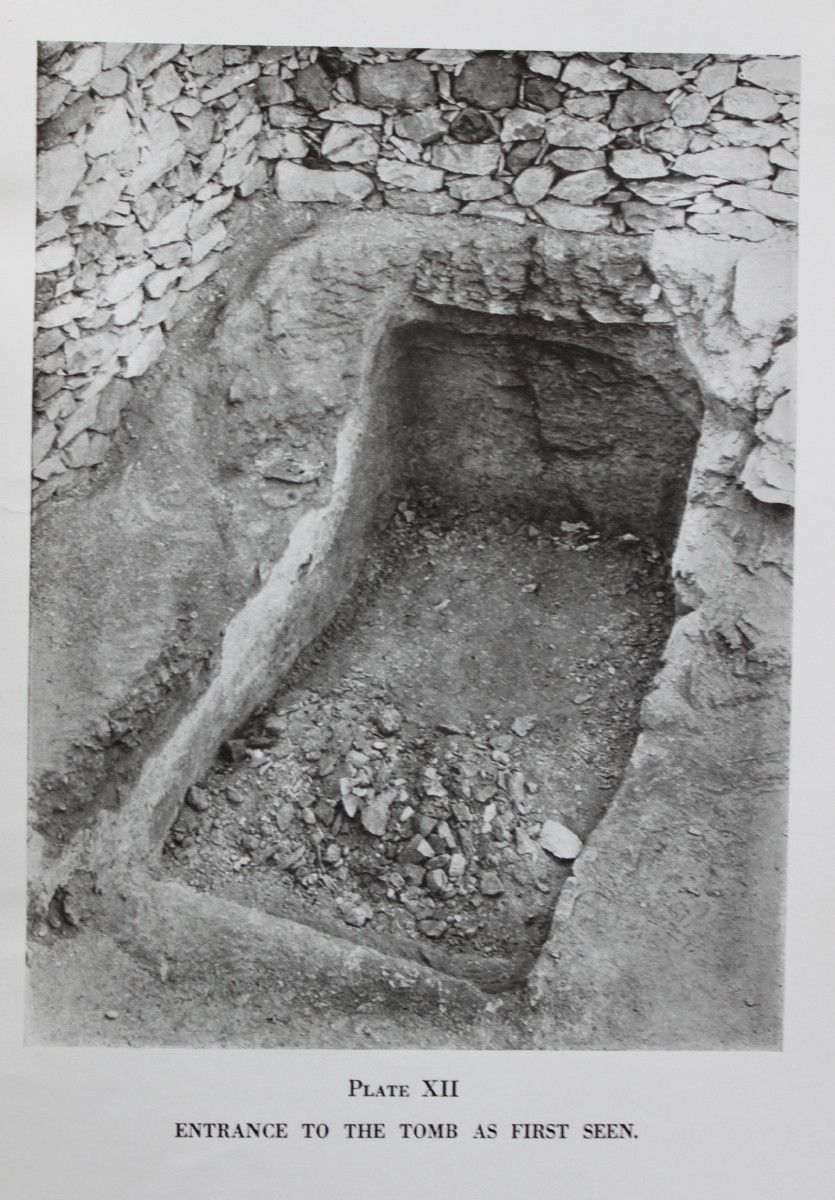 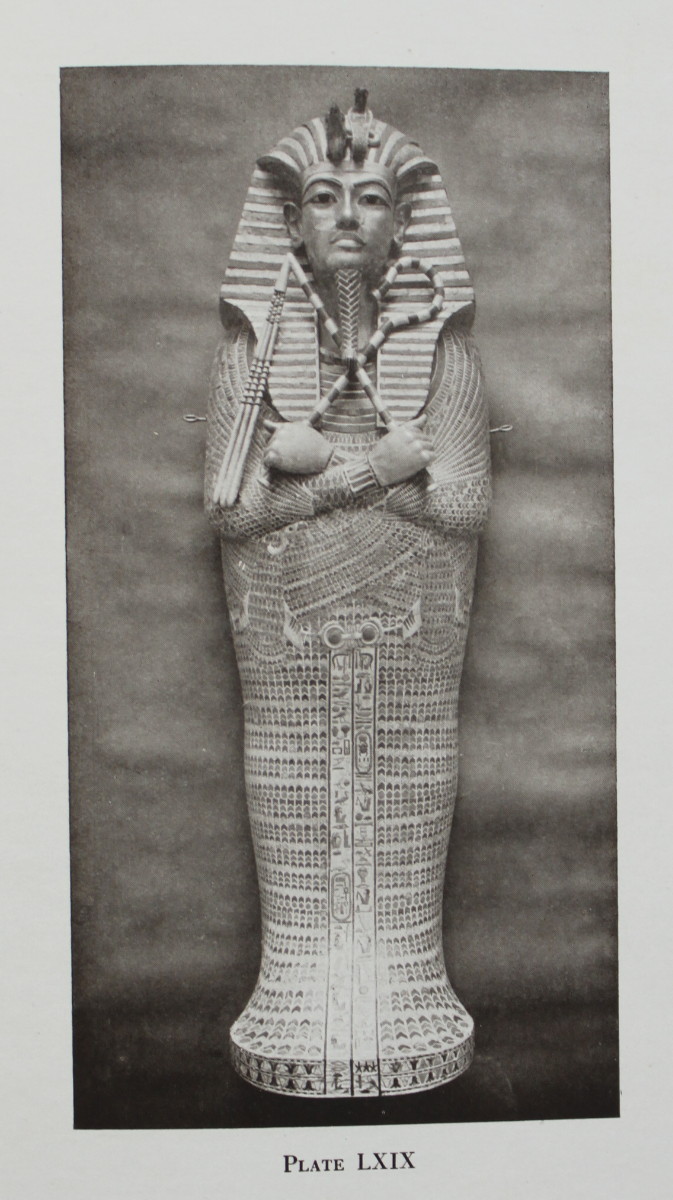 The Tomb of Tut-Ankh-Amen discovered by the late Earl of Carnarvon and Howard Carter. INSCRIBED BY THE PHOTOGRAPHER.

3 Volumes. 1st. Editions. Large 8vo. pp. xvi, 231: xxxiv, 269: xvi, 247: photographic plates. Original pictorial cloth, Fine. First volume inscribed "with the compliments of Mr. Harry Burton." Having resigned as first chief inspector of antiquities in 1905 Howard Carter was unable to return to Egypt until early 1909 when he began his association with George Herbert, fifth earl of Carnarvon. For the next five years they excavated in the Theban necropolis making important, if unspectacular, discoveries. In 1915 Carnarvon was encouraged by Carter to apply for the concession for the Valley of the Kings, one that had been surrendered by Davis and thought by Maspero to be unpromising. Carter thought otherwise. It was not, however, until 1917, after a spell as a civilian employed by the intelligence department of the War Office in Cairo, that Carter was able to conduct annual campaigns in the Valley of the Kings. Few positive results were achieved and in the summer of 1922 Carter had to use all his powers of persuasion to be allowed to conduct one final campaign in the valley. On 4 November 1922, starting work at first light, Howard Carter opened the stairway that led to the tomb of Tutankhamun. His excitement was reflected in the now famous telegram to Carnarvon. "At last have made wonderful discovery in Valley. A magnificent tomb with seals intact." Carnarvon hurried to Luxor and the tomb was entered on 26 November. The discovery astounded the world: a royal tomb, full of spectacular objects. On 16 February 1923 the burial chamber was opened to reveal the unplundered body and funerary equipment of the dead king. Despite "handling the technical processes of clearance, conservation, and recording with exemplary skill and care" and presiding over a discovery which reverberated across the world, Carter received no formal honours from his own country. One of the first people Carter contacted after entering the tomb was Harry Burton, an accomplished art photographer who had gained valuable experience working on the Metropolitan Museum's excavations in Thebes. It proved to be an inspired choice. For not only was Burton able to create a series of remarkable images with what would now be considered as primitive equipment, these images, some 1400 in number, illuminate the excavations and excite the imagination in a way which transcends the text. Burton's photos are more than just a record of the excavation of the tomb. His attention to lighting, texture and composition make them works of art in their own right, capturing as they do the excitement of the greatest archaeological discovery of the twentieth century. Although we have handled several copies of this work which have been inscribed by Carter, we have been unable to locate a copy bearing Burton's name.

Title: The Tomb of Tut-Ankh-Amen discovered by the late Earl of Carnarvon and Howard Carter. INSCRIBED BY THE PHOTOGRAPHER.

The Tomb of Tut-Ankh-Amen discovered by the late Earl of Carnarvon and Howard Carter. INSCRIBED BY THE PHOTOGRAPHER.