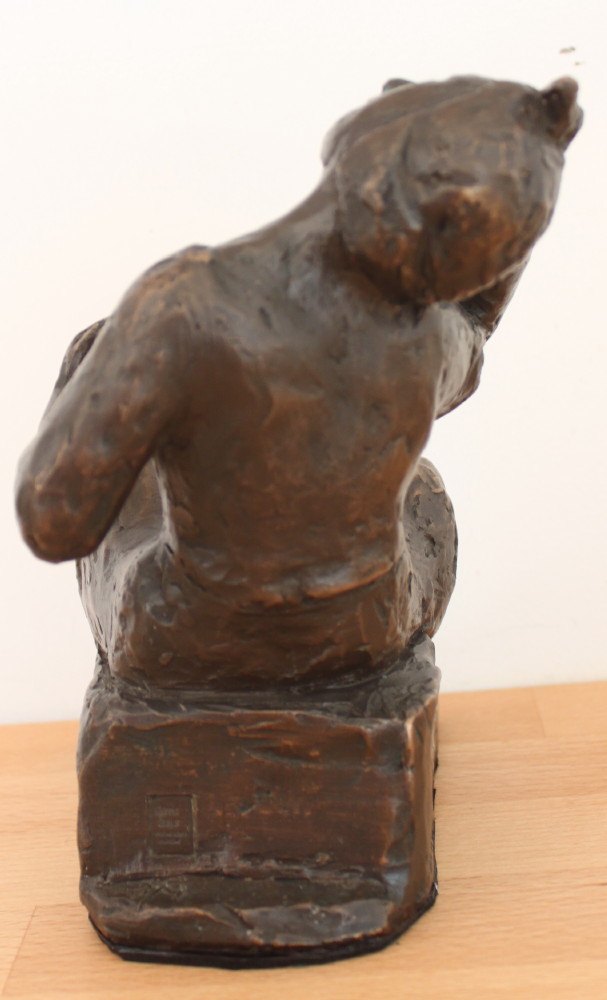 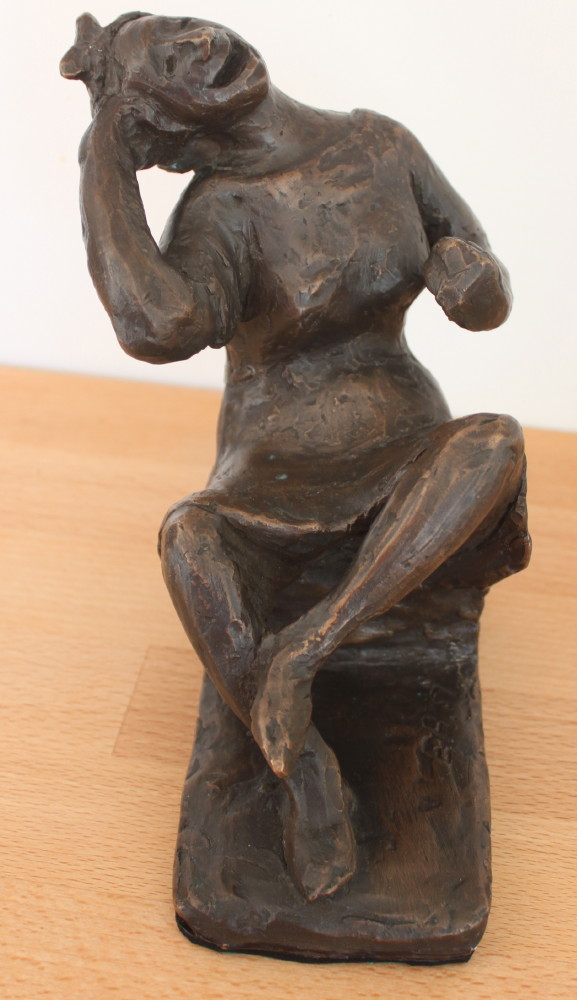 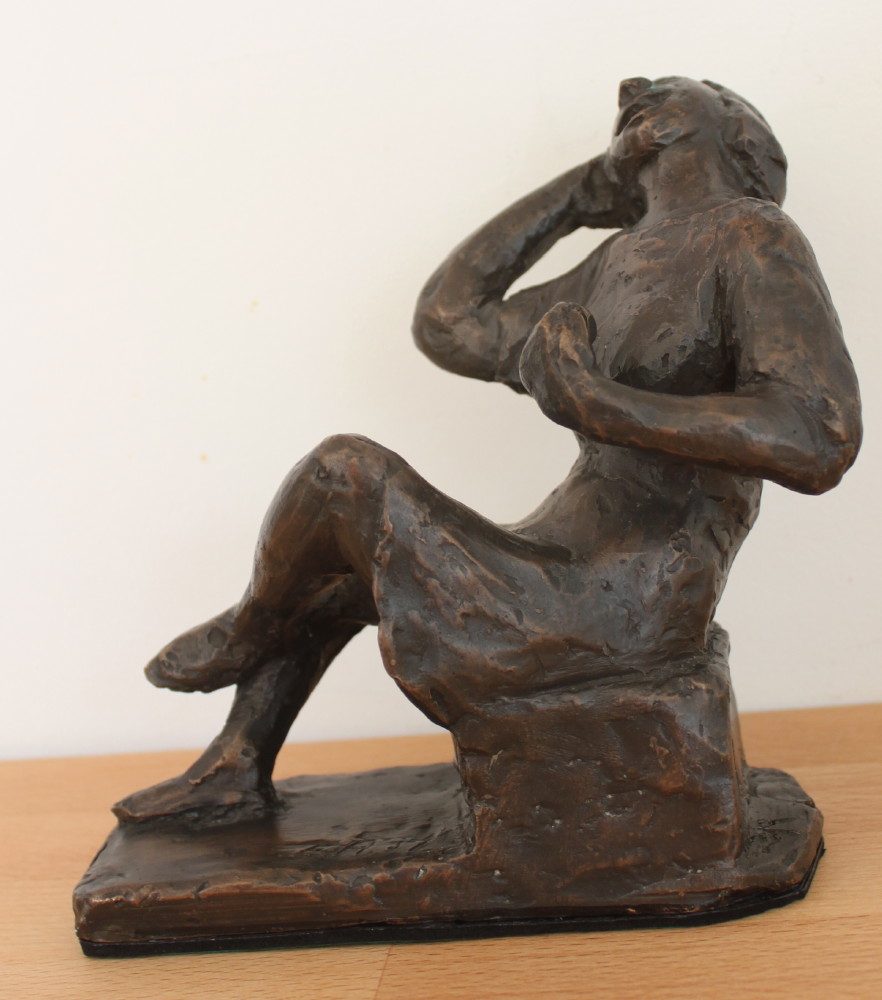 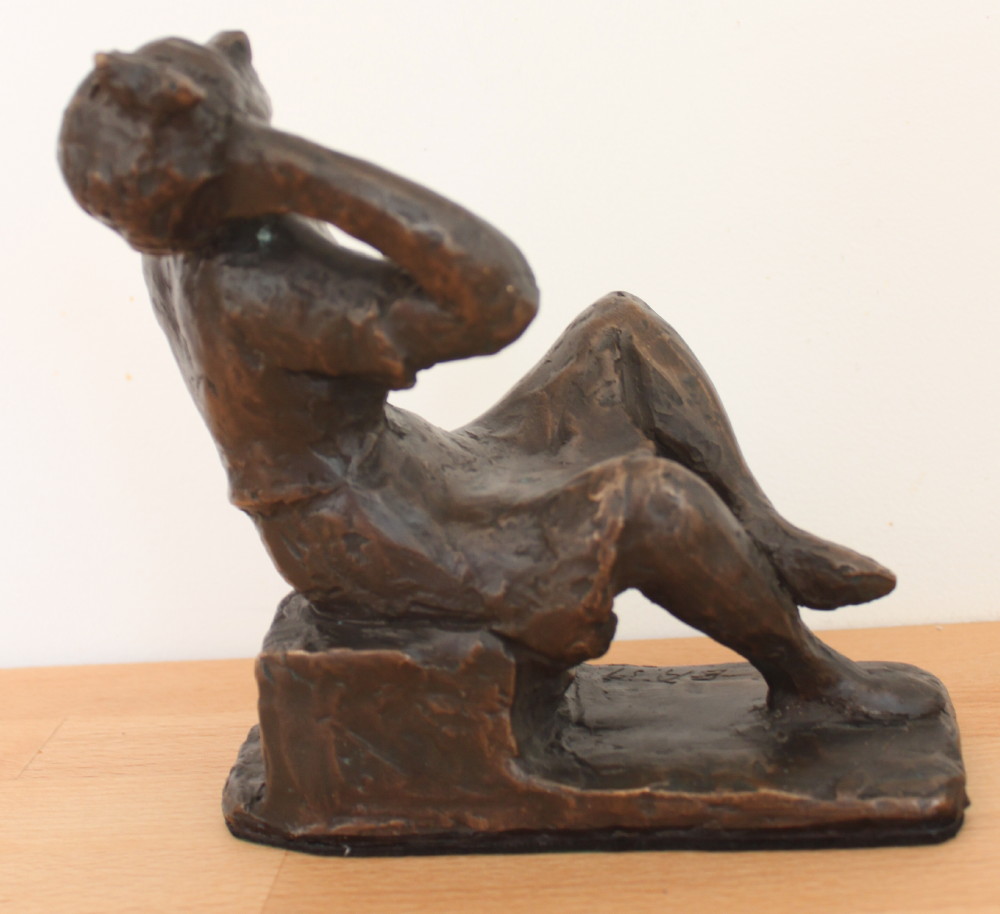 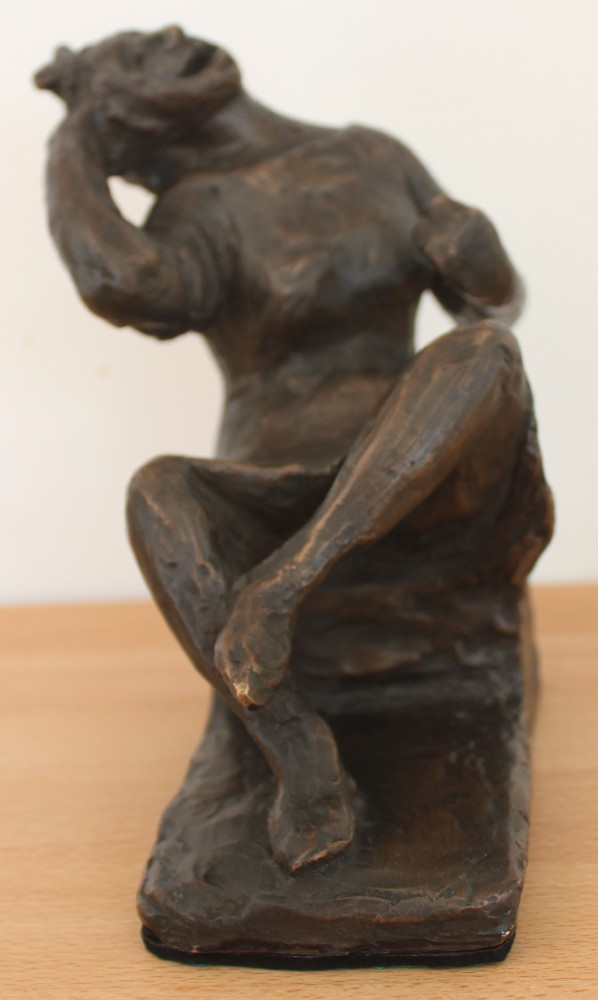 bronze, approximately 6.5 inches high x 7 inches AN EXTREMELY RARE ITEM FROM AN EDITION OF ONLY 3 Edward Ardizzone (1900 - 1979) was a popular and successful artist and illustrator who is highly regarded. His illustrated figures are instantly recognisable and this fine bronze statue is typically Ardizzone. He became interested in sculpture when he was working at Camberwell School of Art in the late 1940s and early 1950s where he was friendly with Karel Vogel, head of the sculpture department. Vogel was at that time making a series of small terracottas. Aridizzone liked the idea of small sculptures of active characters rather than poses, and terracotta is a medium which lent itself to this mode of expression with its immediacy and relatively rapid composition. He made no more than a dozen pieces in all before devoting himself to his other work which actually earned him his living. Some of these terracottas were exhibited at the Leicester Galleries and were subsequently retained by the family. In 2006, Rupert Otten of Wolseley Fine Art, mounted a retrospective exhibition in memory of Ardizzone's youngest son, Nicholas. Otten commissioned a bronze casting from one of the sculptures with the intention of limiting the edition to nine. In the event only 3 examples were cast. This example is numbered 3 of 9, presumably the last to be cast.

Publisher: The Estate of Edward Ardizzone, 2006.: