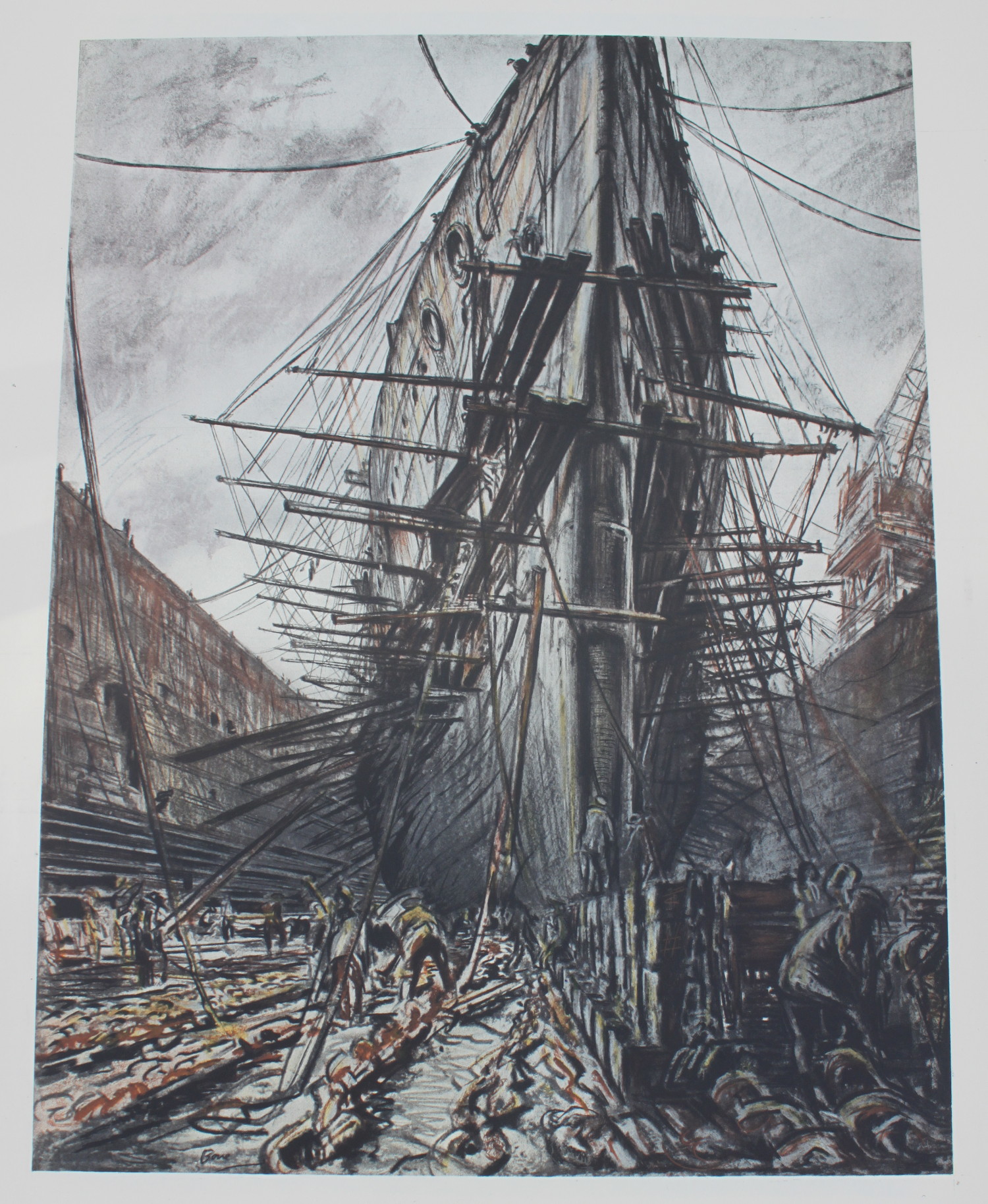 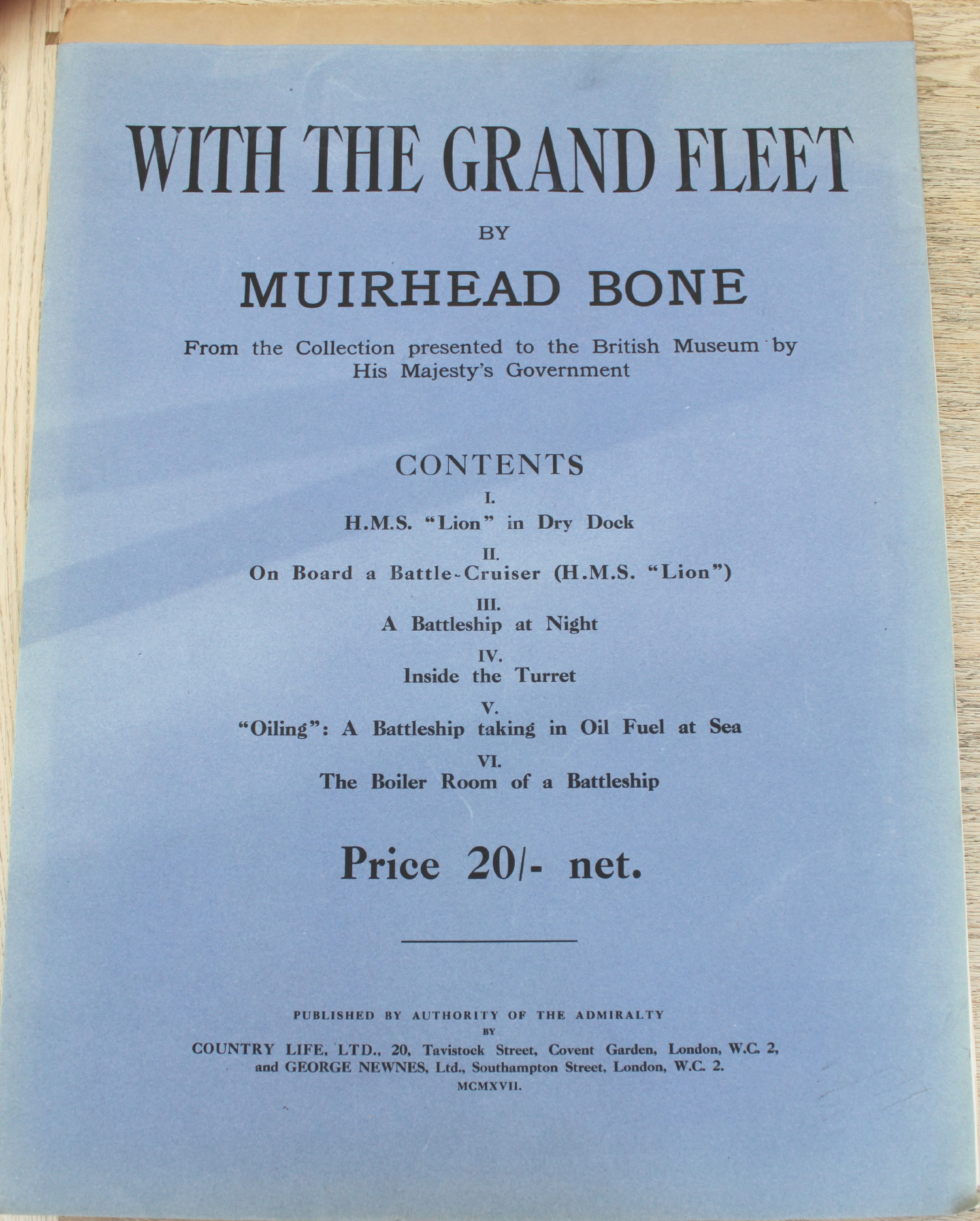 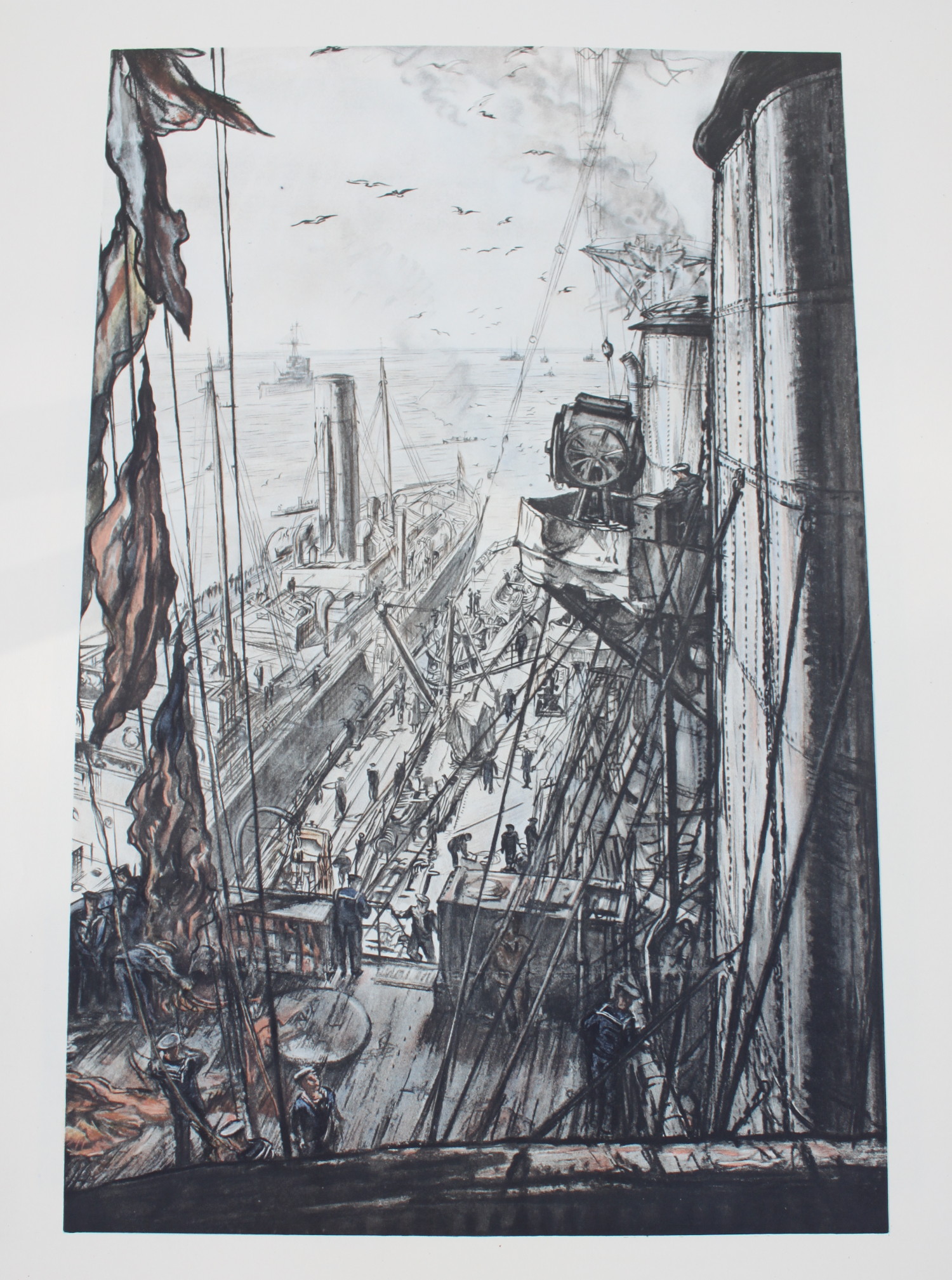 With the Grand Fleet. From the Collection Presented to the British Museum by His Majesty's Government.

Large folio [32½ x 24 inches]. Consisting of title sheet, contents sheet and six tinted lithographs numbered I - VI in a stiff paper portfolio as issued. The 6 lithographs are: I. H.M.S. "Lion" in Dry Dock. II. On Board a Battle-Cruiser (H.M.S. "Lion"). III. A Battleship at Night. IV. Inside the Turret. V. "Oiling": A Battleship Taking in Oil Fuel at Sea. VI. The Boiler Room of a Battleship. A little softening of the lower corners of the covers but an excellent copy. Bone was the first Official War Artist, being appointed in May 1916. His major contribution was the two volume collection' The Western Front' and 'With the Grand Fleet'. Less well-known were these very large lithographs, probably published in relatively small numbers and obviously intended for framing. The quality of the reproduction is superior to the book versions of his drawings and they rarely turn up for sale. It is believed that only two series were issued, this one and the companion 'Munition Drawings', also offered for sale.

Title: With the Grand Fleet. From the Collection Presented to the British Museum by His Majesty's Government.

With the Grand Fleet. From the Collection Presented to the British Museum by His Majesty's Government.