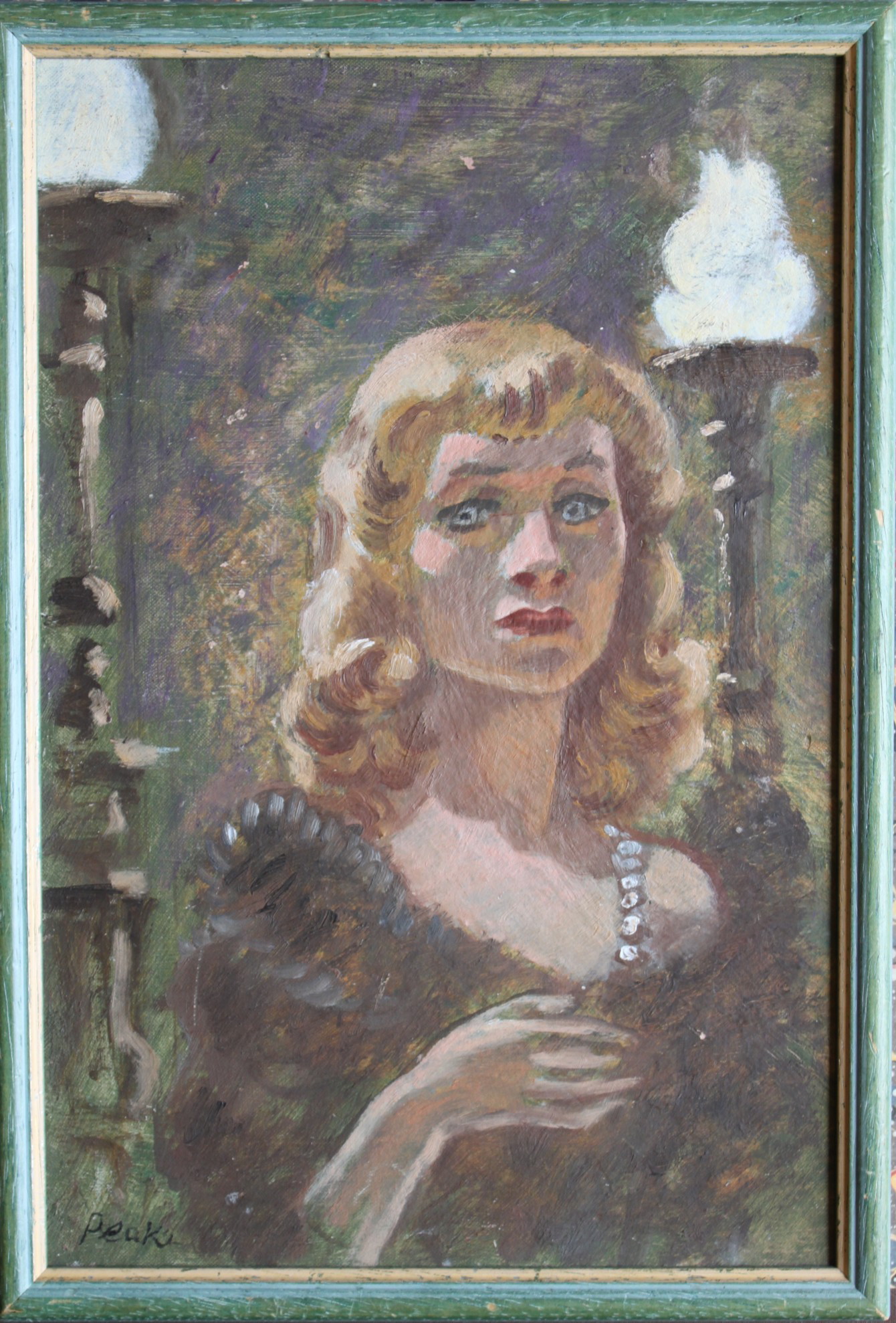 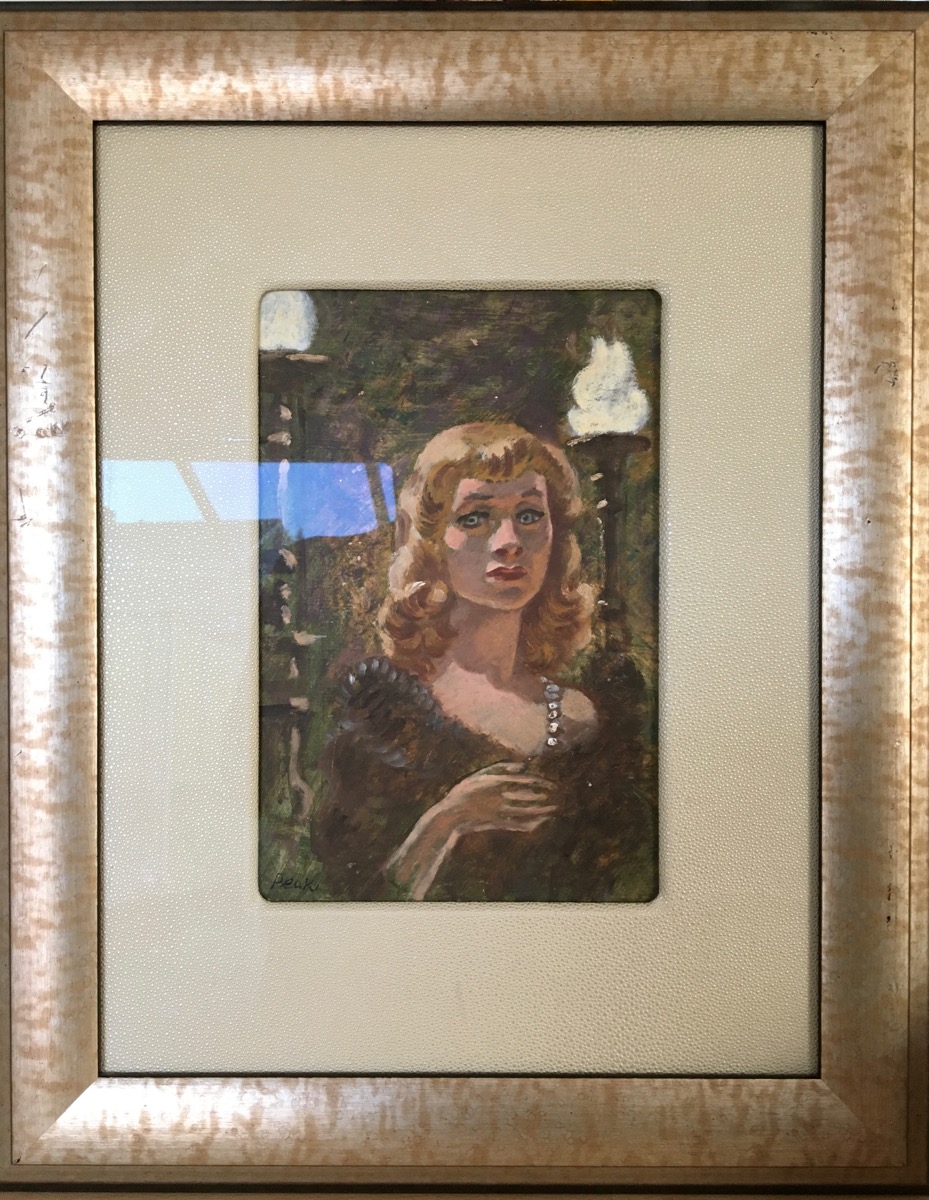 Oil on board. c. 1951. signed. 11½ x 7¾ inches. Framed and glazed. Peake first met Lawrence Olivier in Germany in 1945 and would use this friendly meeting as an introduction in 1950 when he attempted to persuade Olivier and his wife Vivien Leigh to produce and act in his play The Wit to Woo. According to Olivier, Leigh liked the play but his approaches came to nothing and they eventually gave upon it in 1952. During this period Vivien Leigh starred in Elia Kazan's film of Tennessee William's A Streetcar Named Desire. This haunting portrayal won Leigh an Oscar for the role. Although Peake produced a series of drawings of celebrities for The London Mercury, I have never previously seen an oil portrait of anyone other than family, friends and 'characters'.