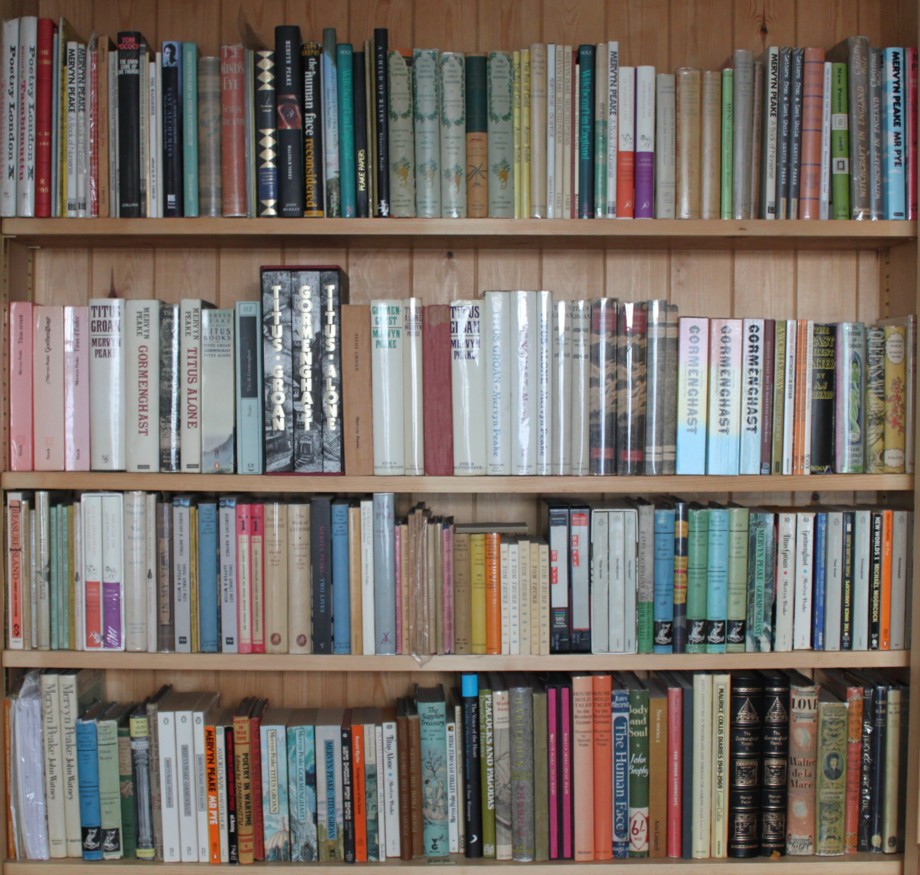 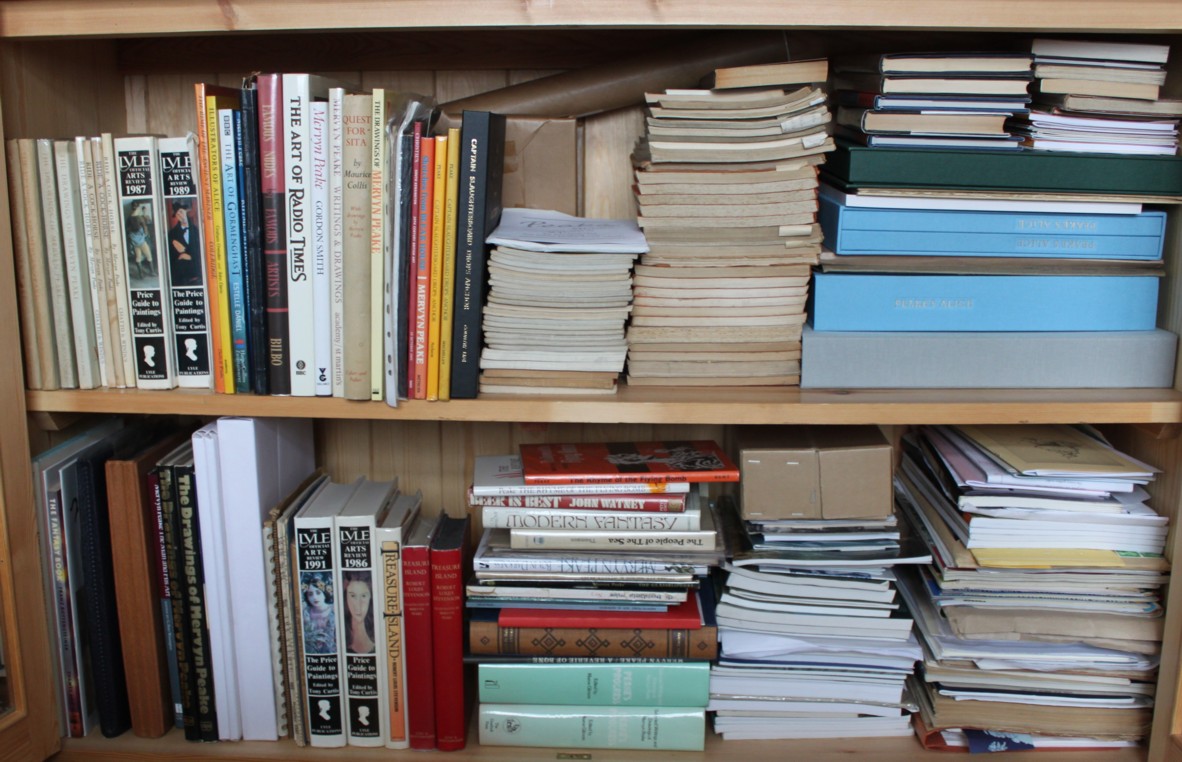 A once in a lifetime opportunity to acquire what is thought to be the most extensive collection of Mervyn Peake items in the world. This collection has been formed over a period of more than 30 years and consists of over 500 individual items. Of course, all the published books are represented in 1st Edition including the Rare 1939 Edition of Captain Slaughterboard in a dust wrapper, but in addition there are a large number of variant issues, some previously unrecorded and some so far known only by a single example. There are subsequent edition, re-issues, foreign editions, paperbacks, proof copies, etc. This is the collection of a fanatical completist which means that multiple copies of some titles are present with small variances. At some stage even a completist had to stop however; copies of Swiss Family Robinson appear with a wide variety of coloured headbands so I stopped at half a dozen copies. But even some previously unknown variants are present: The Grey Walls Press edition of his Drawings is represented by 3 different issues; the Davis Poynter Edition of Drawings by 2 issues. In addition there are typescripts of three of his plays; The Cave, The Wit to Woo, and Those Wicked Doctors [the only known copy], all apparently agent’s copies. There are inscribed copies of Shapes and Sounds [Walter de la Mare’s copy], The Glassblowers, Alice in Wonderland and Through the Looking Glass, Mr Pye [with a lovely pen and ink illustration of a be-winged Mr Pye looking out to sea], Figures of Speech [with an additional illustration inserted which was not used in the published version], and the only signed copy of the Keepsake Press Poems I have seen, with the added bonus that it was Maurice Collis’s copy [he wrote the introduction], with a charming letter from Collis to his son recounting a meeting with Maeve. A scrap-book with proof pulls for his illustrations for Grimm’s Household Tales [including three unused illustrations]. The very rare menu for a PEN dinner known in this single example; the rare wartime propaganda postcard, known in only two examples; a rare etching issued as a card known only in this single example; a large sheet of three illustrations printed by Cowell’s of Ipswich as a trial of their ‘Plasticowell’ process, known only in this example. A very large number of periodicals including his earliest published piece, printed when only 11 years old; rare issues of Pinpoints, Ballet, Eve’s Journal, as well as the more obvious Lilliput, London Mercury, etc. Exhibition catalogues from the 1930s to the present day; a large run of Christmas cards designed by Peake and signed by his wife Maeve; theatre programmes designed by Peake, a mint copy of the only bookplate designed by him; other ephemera. There are mock-ups and proofs for the Libanus Press editions of Alice and The Ancient Mariner and trials for the binding of the facsimile reprint of Captain Slaughterboard. There is not a detailed catalogue or listing available, prospective purchasers are invited to view the collection by prior appointment.