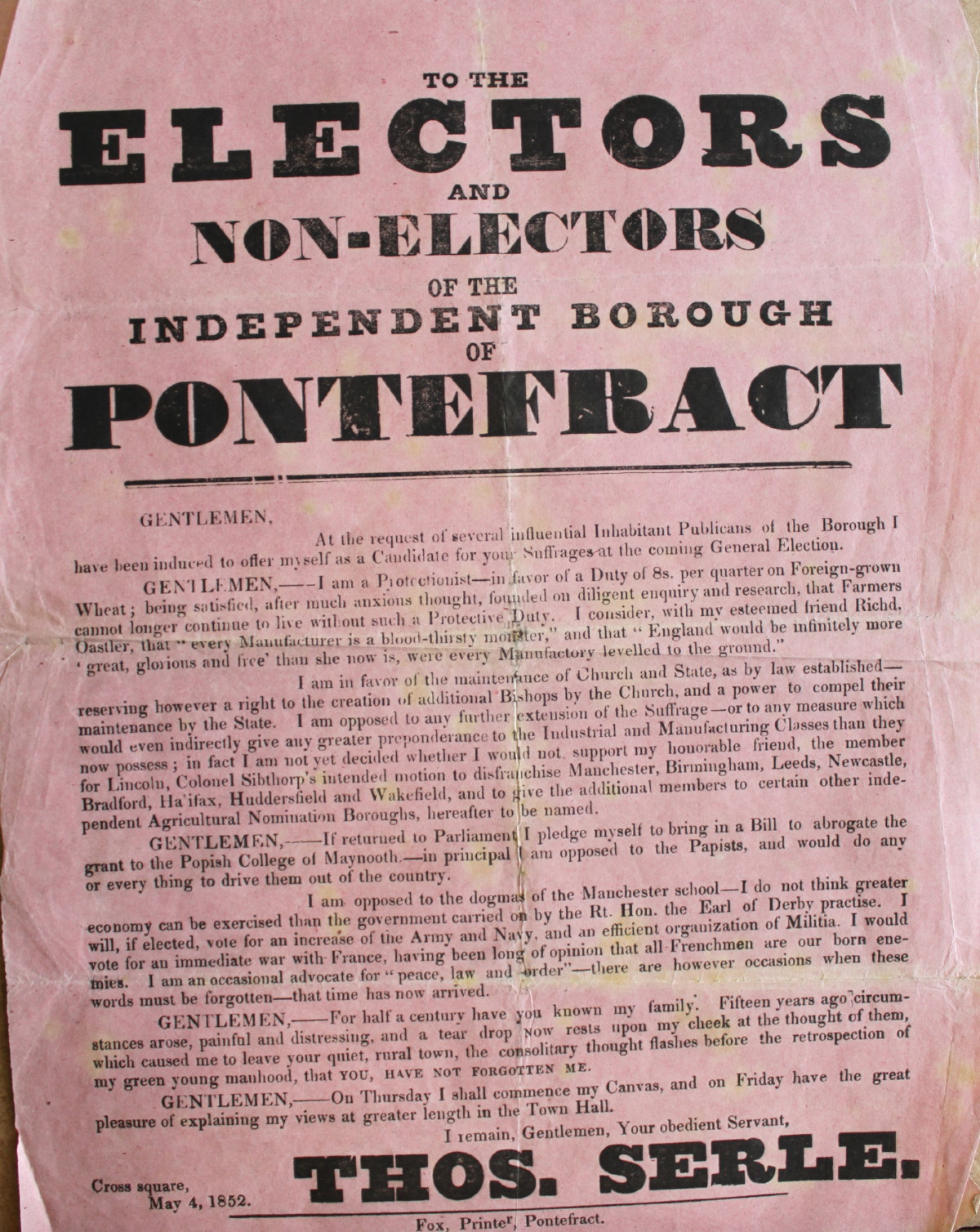 To the Electors and Non-Electors of the Independent Borough of Pontefract by Thos Serle.

Single sheet, 280 x 220 on pink paper. Election poster in favour of higher duty on foreign grown wheat, opposed to further extension of suffrage especially to the manufacturing classes, and pledges...”to bring in a Bill to abrogate the grant to the Popish College of Maynooth. - in principal I am opposed to the Papists, and would do any or every thing to drive them out of the country.” He... “would vote for an immediate war with France, having been long of opinion that all Frenchmen are our born enemies.” In the event Serle did not stand in the election of 8 July 1852 and I can find no trace of his name in the election poll book. A Thomas Serle, barrister was heavily involved in canvassing during the corrupt Wakefield Election of 1857 and he was called to give evidence before the Commission of Enquiry in 1859. Serle appears to have been an associate of Jose Louis Fernandez who acted as ‘bagman’ for John Charlesworth and he was given $100 to pass on as bribes. He attempted to minimise his guilt to the Commission but they nevertheless found him guilty of bribery. Given the source of this poster it seems likely that this is the same Thomas Serle.

Title: To the Electors and Non-Electors of the Independent Borough of Pontefract by Thos Serle.

To the Electors and Non-Electors of the Independent Borough of Pontefract by Thos Serle.